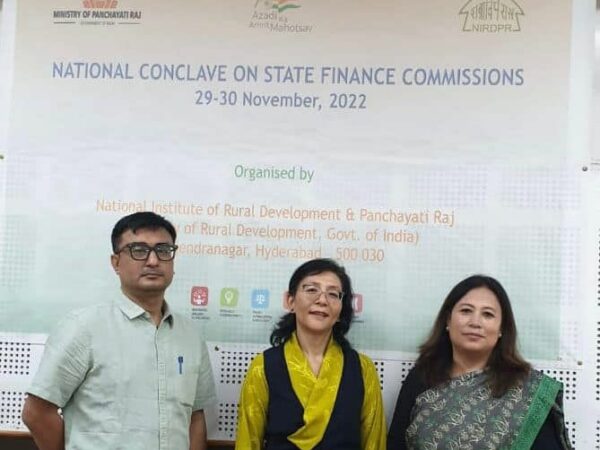 Guwahati: A two-day National Conclave on State Finance Commissions on November 29–30, 2022, was organised by the National Institute of Rural Development and Panchayati Raj (NIRDPR) in Hyderabad.

About 40 delegates including chairpersons and members of SFCs, Secretary and Additional Secretary of MOPR, Secretaries of Panchayati Raj and Finance departments of states/UTS, and the representatives from research institutions are participating in the conclave.

The conclave, hosted by NIRDPR Hyderabad in association with the Union Ministry of Panchayati Raj, sought to discuss the issues pertaining to an all-encompassing analysis and SFC’s functioning while offering a broad roadmap and strategy for achieving excellence in SFC’s functioning in the future.

Representatives from the Ministry of Panchayati Raj, Chairpersons and members of previous and present State Finance Commissions from several States, as well as professionals from major academic institutes for Local Governance, Administration, and Finance, such as the Indian Institute of Public Administration (IIPA) and National Institute of Public Finance and Policy, attended the Conclave (NIPFP).

ALSO READ: Surajit Roy takes over as Head of Regional Services of eastern region in IndianOil