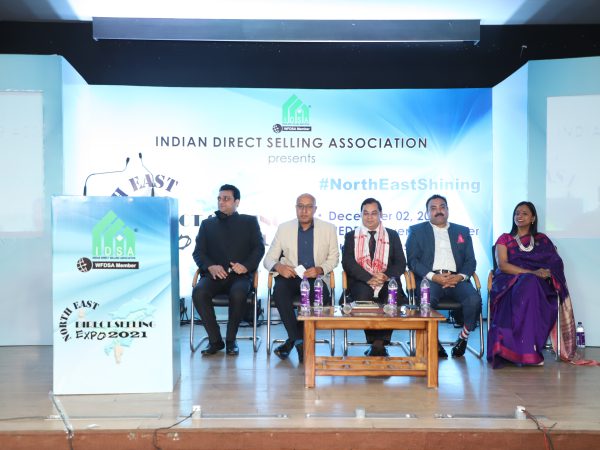 As per the annual survey, the Direct Selling Industry of the North East region of india, touched Rs. 1621 Crores in FY 2019-20 accounting for 9.66% market share, which in turn is a reflection of the immense potential and scope of growth that the North Eastern region of India has as a market. Of this, Assam alone accounted for Rs. 771.6 Crores which translates to 47.59% of the total revenue of the North East India market, or 4.59% of gross national direct selling revenue, placing Assam at number 9 in the pecking order.

Further, Direct Selling Industry In Assam has contributed in excess of Rs. 100 Crores in taxes to the state exchequer. This industry provides livelihoods to 200,000 people in Assam, and another 1,60,000 Direct Sellers in the remaining States in NE. To put things in perspective. The Indian Direct Selling industry was valued at Rs. 16,776 Crores in 2019-20 as compared to Rs. 13,080 Crores in 2018-19. India registered the highest year-on-year growth rate of -28% making it the fastest-growing direct selling market amongst the top 20 direct selling countries globally.

The North East Direct Selling Expo – the first-ever such effort in the country, saw wide-ranging discussions with stakeholders, and included a special session dedicated to women direct sellers titled “Direct Selling – The Torch Bearer of Women’s Empowerment.” This session focused on the rising contribution of women direct sellers both in terms of revenue contribution and deeper outreach & penetration of the market, In the North East region of India.

Speaking on this occasion and in addressing the media, Mr. Rajat Banerji, Chairman, IDSA said, the Indian Direct Selling Association is keen to deepen and widen its presence in the seven sisters, not just because of the very promising numbers that the Direct Selling Survey report has thrown up but by the energy, vigor and passionate drive shown by the direct sellers of the marketplace. The North Eastern States of India has been one of the best-kept secrets of the Direct Selling industry, which is reflected in the steady growth and revenues.

What arouses our interests and excitement further is the degree of interest shown in today’s North East Direct Selling Expo in terms of participation, inquiries, development interest.

Also, Chetan Bhardwaj, General Manager, IDSA made a detailed presentation on various aspects of the Direct Selling industry and expressed gratitude to the Government of Assam through its Department of Consumer Affairs as well as to the Department of Industry & Commerce for their careful evaluation and unstinted support to the cause and subject of Direct Selling with the objective to growing the Direct Selling Industry while also being committed to protecting legitimate rights and interest of direct sellers & consumers.