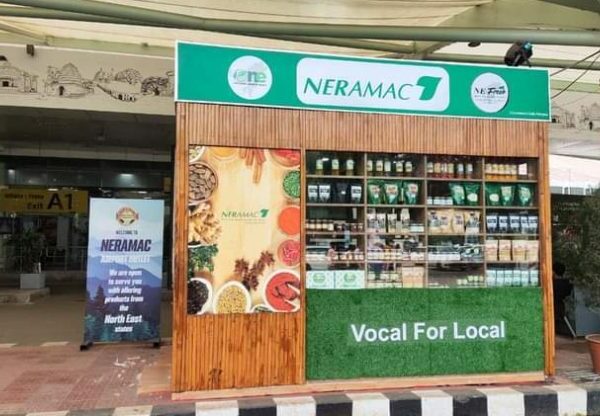 The corporation is a pioneer marketing organization in the field of the Agri-Horti sector of the North-eastern region, involved in supporting farmer’s rights from the fields and up to the markets to the end consumers through registered Farmer Producers Organisations (FPOs)/Farmer’s Producers Companies (FPCs).

Speaking to its Managing Director Commodore ( CMDE) Rajiv Ashok, Business Northeast has made efforts to see its new tactics for marketing the agricultural and horticultural production of the region across the country.

Why is there a need to promote agricultural and horticultural marketing in the state?

Cmde Rajiv Ashok (Retd)- The Northeastern Region is primarily an agrarian economy with a majority of households engaged in agriculture either directly or dependent on some branch of agriculture indirectly as a secondary source of income. The land holding are largely minor and spread out in the region, making aggregation a challenge. Limited produce due to traditional means employed further complicates the matter. This necessitates aggressive aggregation and marketing of agri-produce.

What marketing strategies have NERAMAC adopted?

Cmde Rajiv Ashok (Retd): NERAMAC operates at both the bulk and retail levels. The endeavor is to showcase the uniqueness of products through advertising their GI tagging and the fact that a vast majority of produce is naturally grown with limited or no artificial fertilizers.

Participation in food expos and in seminars offers such opportunities.

NERAMAC also has numerous retail stores to popularize the brand and showcase NER products. The stalls are presently operating in Assam State Zoo, LGBI Airport, TIDC Agartala, and have started to open in 24 Notheast Frontier Railway stations. Talks are on with various other agencies for the opening of additional stalls in other NER states and outside the region as well. Collaborations are also being explored with Reliance Retail and some other private agencies.

How many factories are there of NERAMAC in this region?

Cmde Rajiv Ashok (Retd): There are four processing plants of NERAMAC, all of which are in different stages of being re-started. These include; Cashew Processing Plants at Agartala and Mankachar, Juice concentrate plant at Nalkata and a Ginger Processing Plant at Byrnihat.

What has been the Government support for NERAMAC?

Cmde Rajiv Ashok (Retd): NERAMAC is a Central Public Sector Enterprise (CPSE) under the Ministry of Development of the North Eastern Region (MDoNER). The Corporation is a self-sustaining Public Sector Undertaking hence needs to generate income on its own.

NERAMAC therefore is the implementing agency for a number of GoI schemes and projects like the 10,000 FPO scheme.

The support from the Government of India comes in the form of tasking for projects and schemes like the 10,000 FPO scheme. To assist farmers to improve their skills and avail additional means of livelihood, NERAMAC undertakes projects in Skill development and Technology Upgradation which are offered by the Ministry of Skill Development and of Social Welfare.

Projects are also given by NEC and the only Dragon Fruit Processing Plant being started at Mizoram with NERAMAC as the Implementing Agency, is one such example. These projects primarily serve to enhance the capacity of farmers and entrepreneurs.

What is the strength of the NERAMAC?

What are the future goals?

Cmde Rajiv Ashok (Retd): NERAMAC endeavours to continue being an agency to provide market linkages to farmers and entrepreneurs of the NER. Efforts are also underway to create value chain opportunities for farmers.