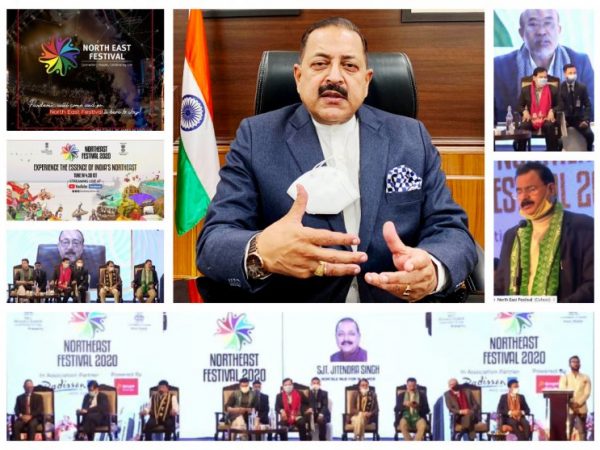 The north-eastern region is soon going to lead the growth in India. The post covid times will add a boost to growth in NE, while surging up India’s economy since many new unexplored sectors will be searched for generating business and revenue for the nation’s growth. The Union Minister of State (Independent Charge) Development of North Eastern Region (DoNER), MoS PMO, Personnel, Public Grievances, Pensions, Atomic Energy and Space, Dr. Jitendra Singh said in a conference that the Northeast would be the perfect destination.

An impeccable development in all spheres has taken place in the Northeast during the last seven years under the Modi Government. With the constant support by the government, the business and entrepreneurs have already headed to the reforming direction by investing in sectors such as agriculture, hydel-power, infrastructure, information and communication technology, and tourism and also creating new avenues of growth through the development of vertically integrated food processing chains, marketing the skill development and cross-border trade.
The central government is currently giving special attention to entrepreneurship in the northeast and also covering the diminishing sectors such as power, road, infrastructure, connectivity. The government is emphasizing now more on power supply and distribution projects, which will have high economic impacts on business growth with the availability of quality power supply.

The natural resources are the main strength of Manipur and the Union Minister hopes that the State will emerge as an IT Hub of not only Northeast India but also a leading IT Hub of India as a whole. Business leaders were called upon to come forward and stage a partnership with the state and strengthen the economic scenario, boost the tourism sector & infrastructure development of the NE region and also create employment opportunities.
The projects taken in hand would be completed in a time order to promote trade and economic exchanges on time. The Minister also adds that Manipur is the gateway for India’s engagement with Eastern and South-Eastern countries.