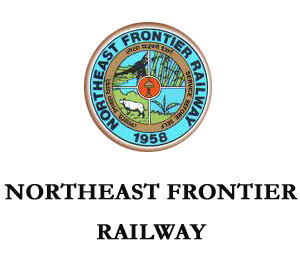 Guwahati: Impressive growth in the earnings has been accorded by the Northeast Frontier Railway (NFR) for the first quarter of the current fiscal.

In the first three months of the current fiscal 2021, the overall gross earnings jumped by 139.48 percent approximately on annual basis to touch Rs 546.94 crore against the last fiscal.

For the April-June quarter, the zone recorded the biggest growth in earnings from all segments, including passenger, goods, sundry, and the other coaching. The Northeast Frontier Railway (NFR) recorded an earning of over Rs. 179.68 crore from passenger traffic during the review period. Goods earnings originated from the zone had a jump by 26.40 percent year-on-year to Rs. 258.74 crore at the quarter end of June this year. The sundry earnings had an annual increase of 143.20 percent to reach a figure of Rs. 61.19 crore, other coaching had a four-fold jump to Rs. 47.33 crore in the first quarter of 2021.
Also, approximate passenger bookings of NFR stood at 4.60 million during April-June, 2021.

Its been the gradual restoration of passenger services and revival in economic activities leading to more demand in goods traffic has led to the expedite revenue earnings, despite covid-19 restrictions nationwide.

There is the scope of improvement further in the revenue earnings, officials informed.
And if the second wave of pandemic subsides, soon there will be a rise in demand for goods and commodities and passenger bookings, similar to the 1st wave of the coronavirus.

It was moreover stated that the Indian Railways had approximate gross earnings of Rs. 40,071 crore which went up by 79 percent in the June quarter of the current fiscal 2021.