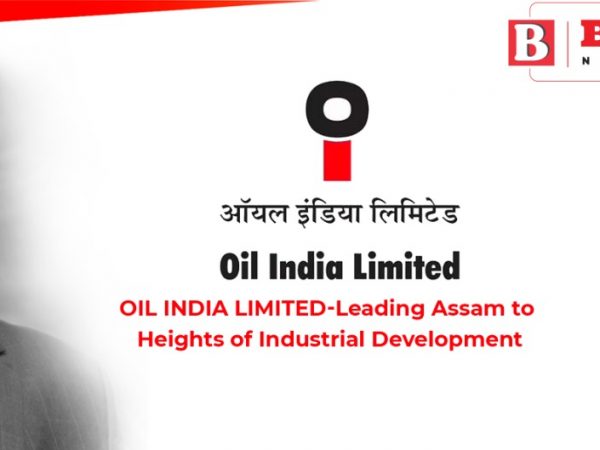 Oil – the current burning topic in our country. While the country has been demanding answers for the blatant rise in crude oil prices, Business-Northeast thought of capturing the perspective on this, of the second-largest Natural Oil and Gas Company of India – Oil India Limited, Assam.

What can we say about Oil India Limited, which is already not known to our readers?  The origin of Oil India begins with the discovery of crude oil in the country in the year 1889. Now, OIL is a fully integrated Exploration and Production company. Acknowledged as a Navaratna Company, it is a state-owned enterprise of the Government of India, under the Ministry of Petroleum and Natural Gas.

This is what Oil India Ltd means to the rest of the country. For Assam, Oil India stands beyond this. For the very fact that its origin is traced back to the discovery of oil in the current oil hub of Assam –Digboi. Moreover, the majority of Oil India’s share comes from Assam along with Arunachal Pradesh. The Company has also carried out exploration activities in Mizoram although it has not been able to discover hydrocarbon reserves so far. OIL also has begun seismic operations in Tripura and looking forward to its entry into Nagaland. Thus Oil India has a special place for Assam and the North East to know more on that Business Northeast brings forth a hearty discussion with the Resident Chief Executive of Oil India Limited, Assam – Mr. Prasanta Borkakoty.

Very recently, Hon’ble Chief Minister of Assam, Dr. Himanta Biswa Sarma had mentioned that the economic future of Assam is bleak without the contribution from the Oil Sector. Oil India is a major part of the Oil Sector has a huge hand in contributing towards the economy of the state. Mr. Borkakoty explains, there are 4 major components of an economy: Private consumption, which is dependent on disposable net income of an entity; Investment expenditure, which is the amount of investment happening in an economy; Government’s net expenditure, which is again divided into two components expenditure and revenue; and Net exports. And Oil India has been contributing significantly to all four.

Oil India is a major contributor to the revenue streams of the State Government. The Hon’ble Chief Minister of Assam had also mentioned that the direct contribution of OIL in terms of royalty, Vat/Sales tax, SGST, Statutory fees, etc., is very sizeable (more than INR 2700 CR for 2019-20). And it is from these revenues, the Government finances different mechanisms be it education, healthcare, security, law order and etc., and that in turn impacts the lives of everyone living in the state. Thus, it can be understood that Oil India’s contribution towards uplifting the state economy is enormous and should not be taken lightly.

The Assam Government fully understands the importance of the oil sector and hence has invested a lot in it, in order to make Assam self-dependent on revenue generation. To which, Oil India not only agreed but also put forward their helping hand to place Assam among the top 5 states of the country. Mr. Borkakoty says that Northeast and particularly, Assam has always been the top priority of the company. OIL has grand plans to increase Oil and Gas production from thrust areas of the state in the coming years. This will make the revenues go up, the business ecosystem will further mature, associated service requirements will increase and in turn visibility of the state will go up. Oil India is also coming up in bigger ways with their gas business and thus, have plans to enter the B2C space via the City Gas Distribution business. OIL is further engaging with different government agencies/bodies to spearhead the renewable energy development in the region, building collaborations with educational institutions to develop human capital, and also helping start-ups to upscale their business ideas and so on.

Further Mr. Borkakoty mentions that Oil India is not just limited to Assam, the entity has similar plans for the entire Northeast. Incoherence with Hon’ble Prime Minister Shri Narendra Modi’s vision of making Northeast an energy hub of the country, many developments across the Oil and Gas value chain are in the making. Indradhanush Gas Grid is one such endeavour that is an effort to have last-mile connectivity for energy supply. Apart from this, many other such projects are in pipeline which will connect not only the different states of the Northeast but also the neighbouring countries. Needless to say, all this will go along the way of industrialization, employment generation, and the creation of the business ecosystem. It will help in enhancing the economic growth of the region.

The pandemic of 2020, which still prevails among us, has its share of impact on Oil India as well on various dimensions, although not directly. As the entity relies on different service providers for certain critical business operations, there were problems faced in terms of delay in delivery, availability of resources, and distortion of cost structures which have impacted both production and sales. However, OIL is in progress to return to the pre-pandemic levels at a fast rate. During the hard times, OIL went out to help and support not only its employees but the general public as well. All Covid Protocols were maintained to the tee along with the setting up of Covid care facilities and Oxygen cylinder and generation plants at the district headquarters. In fact, many employees, mentioned as ‘COVID HEROES’ by Mr. Borkakoty, created awareness among the general public during the initial phases of the pandemic and offered selfless service even when the pandemic was on the rage. He further states that the pandemic has only brought together the basic values of human society and the organization will only emerge even stronger with the support and contribution of its employees in the coming days.

But the dooming question still lies on the impact OIL had to go through after the Baghjan fire incident. A lot has been said and read about the incident and what Oil India has done in terms of compensation to the people of that area.

It should be brought to attention that Oil India itself faced a heavy loss in terms of finances and not to forget the environmental disaster that followed after the accident. To this, Mr. Borkakoty says that restoring the environmental and ecological balance has been the priority here. Various bioremediation initiatives along with massive tree plantation efforts have been going on. Apart from these, OIL has also engaged third-party agencies to carry out surveys of different environmental parameters so that proper mitigation and restoration measures can be taken up. OIL is even working on the recommendations put up by various investigating agencies. Mr. Borkakoty assures that OIL will keep on working towards mitigation and restoration of the area to the extent possible. To avert the reoccurrence of such untoward incidents, the entity has taken various systematic measures to strengthen the safety management system and make other processes more robust. Mr. Borkakoty is hopeful when he says that the procedural and execution changes that have been implemented post-Baghjan will help the company to prevent the recurrence of such incidents in the future.

Given the global climate change that is rapidly happening, the OIL industry is at an inflection point with new threats and challenges emerging every day.

The biggest concern here will be the structural shift in terms of expectations of various stakeholders such as investors, regulators, communities, customers, etc. The concern also revolves around reducing emissions and achieving net-zero. And hence, the great energy transition has already begun. Like many other big companies which have already started working on sustainable business models to fuel the transformation, OIL is also redesigning itself towards such sustainable models, says Mr. Borkakoty. A Greener value chain, environment-friendly technology, and diversification of the core business activities to less stretched areas around the energy business will be the priority areas for the near future.

Mr. Borkakoty states that OIL is committed to inclusive growth, and since its inception OIL has been contributing significantly to the region, especially in the state of Assam. Its contributions to the state will be immensely significant. Thus he expects the stakeholders to support and foster a conducive environment, which will help the company to function smoothly. The growth of the company will thus support the envisioned growth path of the state.