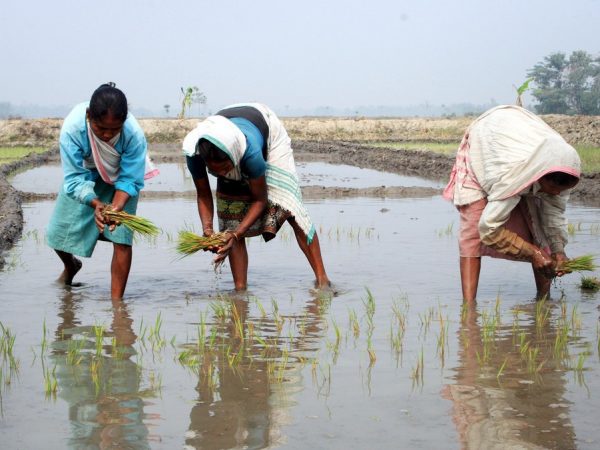 Guwahati: An MoA (Memorandum of Agreement) was signed between SITA (State Innovation and Transformation Aayog) and the AAU (Assam Agricultural University), here on Friday, 1st October 2021.

The pact was signed in the presence of SITA Co-Vice Chairman Ramen Deka in his official conference hall at Janata Bhawan, Dispur, to execute the project ‘Samriddhi Poultry’ in Assam on a pilot basis.

This project is an innovative approach for the economic empowerment of the rural women of Assam through the concept of ‘Model Egg Village’. The MoA was signed by the SITA CEO (Chief Executive Officer) Mukesh Sahu, and the Director of Research (Veterinary), AAU ( Assam Agricultural University.

The project aims to boost the following areas connected to the sector.

It focuses on several areas:

Enhancing the economic security of women engaged in the poultry farms connected through increased egg production; placing the Egg sector as an enterprise to double farm income; gender mainstreaming; capacity building and skill development of the rural farm women on improved layer farming; development of the concept of “Model Egg Village’ through ‘Samriddhi Poultry’; increase the per capita consumption of eggs among the local population and also surveillance as well as the adoption of strategic disease control programme in the commercial layer in the agro-climatic condition of Assam.

The farmer community of the country is lucky enough to have a pro-farmer Government which has its main focus on doubling the farmers’ income for the first time since Independence. The Assam government has also been taking up various projects and policies in the same line so that the State can step forward along with the other parts of the country. ‘Samriddhi Poultry’ — a small-scale commercial layer farming, for livelihood and nutritional security, and empowering rural women through the development of ‘Model Egg Village’ in Assam is an approach to achieve the goal.

Through the project, there will be increased egg production and consumption in the household of rural areas thereby significantly improving the nutritional as well as the economic status of the family, and will act as a tool for self-employment and livelihood security.

Apart from enhancing the egg production in Assam, it is expected to create employment opportunities for rural women through poultry and built the capacity of rural women on improved poultry rearing, stated a press release.