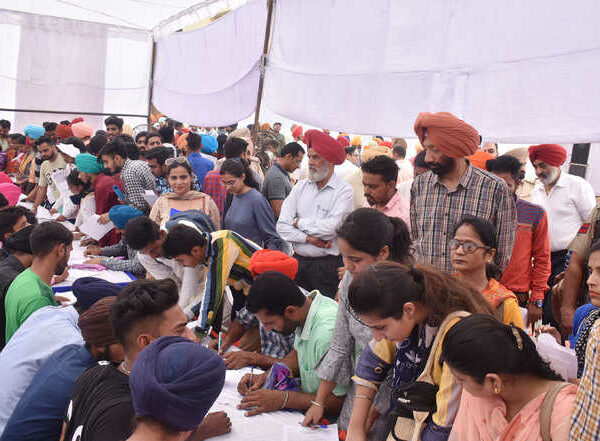 New Delhi: On Friday, January 20, Prime Minister Narendra Modi virtually handed out 71,000 appointment letters to newly hired candidates and congratulated them on their employment. PM Modi continued by saying that in the upcoming days, thousands more families are expected to be hired for positions with the government.

The “Rozgar Mela” initiative has, according to the PM, become “an identity of our good governance.” At the event, which he described as the inaugural Rozgar Mela of the year 2023, the prime minister remarked, “It is a monument to our dedication to honouring our commitments. Today, PM Modi spoke electronically at the Rozgar Mela.

Thousands more families would be hired for government employment in the upcoming days, he said. The Prime Minister emphasised that the Center has altered the government’s hiring procedure to make it more efficient and time-bound.

The freshly enlisted recruits would be “active participants in the journey of a developed India,” according to the Prime Minister.

“For those who received an appointment letter today, life has begun anew. You will actively participate in the development of a developed India as a significant member of the government, Prime Minister Modi said the new hires.

Reminding the recruits that working for the government is considered a “According to PM Modi, “much like ‘customer is always right,’ our motto has become ‘citizen is always right,'” and not a “job.” We can have a beneficial impact on our citizens via Seva Bhav.” Prior to his speech, the prime minister spoke with recruits from prior Rozgar Melas and asked for their comments via the online community iGot Karmayogi.

In an effort to create 10 lakh jobs, the Prime Minister inaugurated the “Rozgar Mela” last year. In light of the opposition’s ongoing criticism of the government’s job-creation achievements during the last eight years, the prime minister emphasised these efforts today.

In his speech following the first round of appointment letters for different government posts, which went out to more than 75,000 people, PM Modi acknowledged the difficulties confronting the global economy, with many nations experiencing record unemployment and inflation, and he stated that India is doing everything it can to avoid being negatively impacted.

The Prime Minister launched the concept of Rozgar Mela at the central level on the occasion of Dhanteras in the year 2022. The drive to create 10 lakh employment at the federal level of government kicked up at this point. He has also introduced the Karmayogi Prarambh module for online orientation courses for all new appointees in different government departments and given out about 71,000 appointment letters to newly hired recruits.