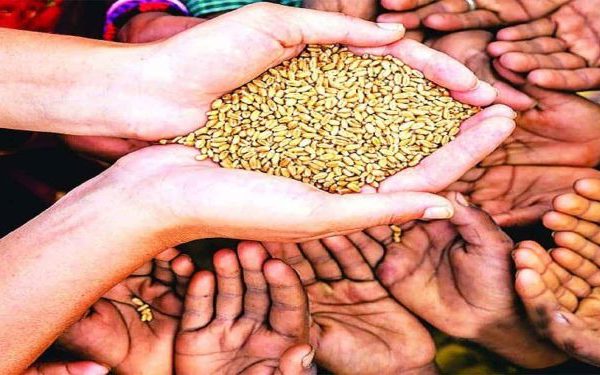 The government has not increased the central issue prices (CIP) at which highly subsidized food grains — wheat, rice, and coarse grains — are made available to nearly 80 crore beneficiaries since the National Food Security Act (NFSA) came into force in 2013.

According to a food ministry note, food grains under the National Food Security Act were to be made available at subsidised prices of Rs 3, 2, and 1 per kg for rice, wheat, and coarse grains respectively for an initial period of three years from July 2013.

With the Prime Minister’s Office (PMO’s) approval the same existing CIPs of food grains are to be continued. at Rs 3, 2, and 1 per kg for rice, wheat, and coarse grains respectively under NFSA until further orders,” the note said.

Though the law allowed the government to revise the CIP, the government has continued with the old rate “with the approval of the Prime Minister’s Office” for food security of the poor, the ministry stated.

The overall food subsidy has also increased more than three-fold during these years, from Rs 90,000 crore during 2013-14 to Rs 2.8 lakh crores during 2021-22. The last year’s food subsidy bill also included the free food grain of 5 kg each to nearly 80 crore beneficiaries under the PM Garib Kalyan Yojna.