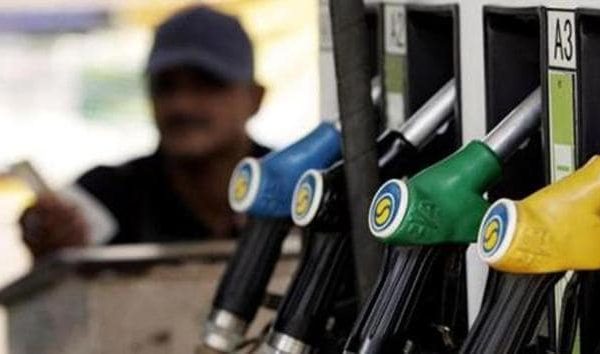 Petrol and diesel prices: The price of petrol in Delhi currently stands at Rs 93.44 per litre while diesel is now selling at Rs 84.32. In Mumbai, petrol costs Rs 99.71, while diesel is retailing at Rs 91.57. Read below to find out fuel prices in your city.

Prices of petrol and diesel were hiked again on Tuesday, May 25, 2021,after being stable  as per new  record rise  across the country. In the national capital, the petrol price rose by 23 paise while that of diesel too inched up 25 paise.

Petrol in Delhi is now retailing at Rs 93.44 a litre while diesel is selling at Rs 84.32. In the financial capital Mumbai, petrol price neared the Rs 100-mark and now stands at Rs 99.71 while diesel costs Rs 91.57, data available on Indian Oil Corporation’s website showed.

So far in this month, the auto fuel prices have been hiked 13 times after oil marketing companies (OMCs) resumed their price revisions ending an 18-day hiatus that coincided with the assembly elections in key states. During this period, petrol price has increased by Rs 3.04 per litre and diesel has climbed by Rs 3.59 in as per new data.

The  fuel prices  differ from state to state depending on the local taxation (VAT) and freight  rate. Apart from this, the central government charges an excise duty on auto fuels. Adding  additional woes to the existing  situation ,each and  every state in the country levis separate state based value-added tax o petrol and it is 30.85% in the state of Assam.

Recent hikes , petrol rates have already crossed the Rs 100-mark in several cities like  Rajasthan, Madhya Pradesh and Maharashtra. Earlier this month, Bhopal became the first state capital to have petrol hit the three-figure mark and now Jaipur and Mumbai are placed on the brink of touching the famous record in history.

The central and state taxes make up for 60 per cent of the retail selling price of petrol  54 per cent of diesel. Centre levies Rs 32.90 per litre of excise duty on petrol and Rs 31.80 a litre on diesel.

Diesel  prices are now changing everyday . Earlier, the prices used to change once every  two weeks or within fifteen days, now the price will be updated on a daily basis. The change in diesel price is a advantage for the customer, as the customers keep  an eye on the prices and can buy Diesel when the price go down. The change of price may be count very small ,but it seem like that it will not make a difference, but in the long term will be in profit.

Trend of Diesel Price in India

Fuel rates have rise 11 times since May 24,2021.In May , tha petrol price rise upto 2.69 per litre. Whereas diesel became costlier by Rs 3.07per litre in the national capital this month .

Assam is a north-east state situated along the mighty Brahmaputra and Barak River Valley. The state’s area is spread over 78,435 km square. The state contributes close to Rs 3.33 lakh crore for the Gross Domestic Product of the country and its per-capita income for fiscal 2015-16 stood at Rs 60,952 per annum. The state has witnessed a surge in the number of new vehicle registrations over the last few years mainly due to the growth and development in the region and hence the use of the fuel in the state of Assam has been growing at a great pace.