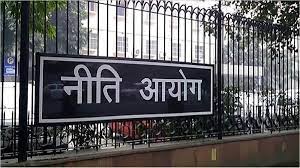 New Delhi: The finalized names of PSU banks to be privatized in the current fiscal as part of the disinvestment process, have been submitted to the Core Group of Secretaries on Disinvestment by Government think tank Niti Aayog a senior government official said.

As announced in the Union Budget 2021-22, Niti Aayog has been authorized to select the names of two public sector banks and one general insurance company for the privatization.

Finance Minister Nirmala Sitharaman recently said, “interests of workers of banks which are likely to be privatized will be protected whether it’s their salaries or scale or pension”. FM even said that banks in the country needed to be bigger, concerning its privatization, just like the State Bank of India (SBI).

“A scalable bank to meet the advanced and aspirational need is required says, Ms. Sitharaman.

The government is aiming at the creation of bigger banks, as the second wave of pandemic hits the economic growth, the government plans to meet its non-tax revenue targets.
A budget of Rs1.75 lakh crore from stake sale in public sector companies and financial institutions, including two PSU banks and one insurance company, during the current financial year, is taken from the government, which is lower than the record budget of Rs 2.10 lakh crore, raised from CPSE disinvestment in the last fiscal.