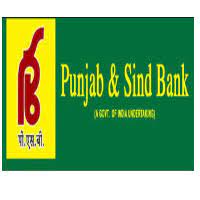 New Delhi May 22, 2021: The state-run Punjab and Sind Bank return to its profit of Rs 161 crore in a period between January- February, after a total loss of 8 quarters. It was recorded that FY20 had a net loss of Rs 236 crore in the same quarter.

Progressively, however, when GNPA grew from  13.14% as of December 2020, net NPA too had a rise from 2.84%. And the gross loans grew in loss bad resulting in the falling of the Supreme Court’s previous order based on not to consider NPA as an account if it isn’t until August 31, 2020.

But the bank now has a relief and expects a post profit each quarter, after being covered up to 83% of its bad loans, as the Managing Director & Chief Executive S Krishnan said.

The provision coverage ratio (PCR) has increased too.

Even the Capital to Risk ( Weighted) ratio and current account, savings account (CASA) has increased since last year’s value after the government’s infusion of more than Rs 5,500 cr.

Though Mr. Krishnan doesn’t have any information from Central Bank regarding non-interest paying securities that the government have recapitalize Punjab & Sind Bank. But it won’t contribute to the equity of the proposed “bad bank”, which is expected to be operational from June while considering the transfer of certain bad loans.