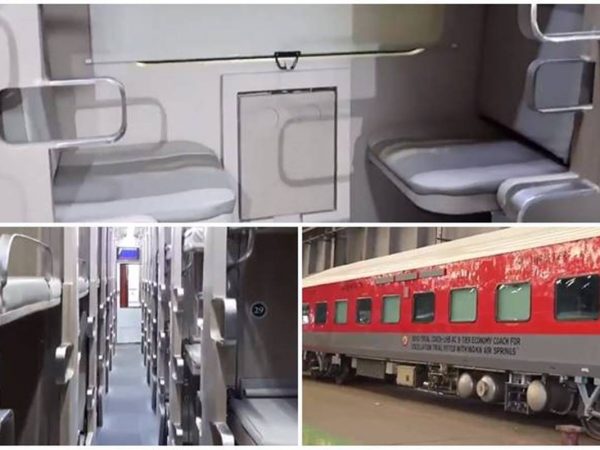 New Delhi: 806 Air-conditioned three-tier economy class coaches to be rolled out by the Railways this fiscal to offer the cheapest and the best AC travel across the world, informed on 20 July 2021 and will be ended by the year 2021-22

The three railway factories – Rail Coach Factory (RCF) Kapurthala, Integral Coach Factory, Chennai, and the Modern Coach Factory in Rai Bareily will roll out the coaches simultaneously. These coaches were conceptualized by the RCF and work design started in October 2020.

The Railways is getting future-ready for the citizens.