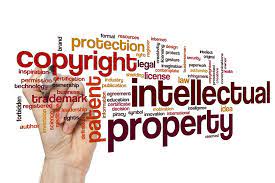 The reforms introduced in examining and granting of patents, designs, copyrights, and trademarks, bringing the ‘ease of doing businesses’ will help in catapulting India as an innovation hub, stated expressing satisfaction over by Union Minister for Commerce & Industry, Consumer Affairs and Textile, Shri Piyush Goyal
The functioning of the Office of Controller General of Patents, Designs, and Trademarks were reviewed by the minister on 1st August at Mumbai and deliberated on ways to build a robust Intellectual Property Rights infrastructure.
Meanwhile, Shri Goyal reiterated the Government’s commitment to bolster the ecosystem of patents, design, trademarks, GI (Geographical Indication) systems; to encourage innovation, research & development in the country and bring newer inventions and knowledge from India’s heritage systems to the global platform. Also, he emphasized Prime Minister Shri Narendra Modi has been closely monitoring developments in this field since 2014 itself.

Again, Shri Goyal mentioned the reduction in fees allowed by the department to help and support Startups and Women entrepreneurs in the country which has been reduced by 80% and has asserted the use of Digital means.
Shri Goyal also made a few suggestions to make the whole process more user-friendly. He called for more efforts to increase awareness about the GI tag and its significance. He also asked to consider instituting scholarships for students studying Intellectual Property law as well as engage faculty from renowned institutions on a part-time basis to help in the patent examination process.

CGPDT officials have further briefed about, how the IP process has been simplified and streamlined than before and re-engineering of the whole process including new timelines for disposal and shift to digital mode to promote ease of filing and obtaining services and have mentioned the special care is being given to expedite examination of patents filed especially for applications filed by Start-ups, Women Entrepreneurs, etc.
In the last 5-6 years, India has also seen a rapid increase in the grant of patents, copyrights. The number of patents granted has gone up from 6,326 in 2015-16 to 28,391 in 2020-21, while Trade Marks registration has shot up from 65,045 in 2015-16 to 2,55,993 in 2020-21. Similarly, while 4,505 Copyrights were granted in 2015-16, a total of 16,402 were granted last fiscal.
All of the aforesaid developments have reflected positively in the improvement of India’s ranking in the Global Innovation Index. India has climbed 33 notches from 81st position in 2015-16 to 48th in 2020.