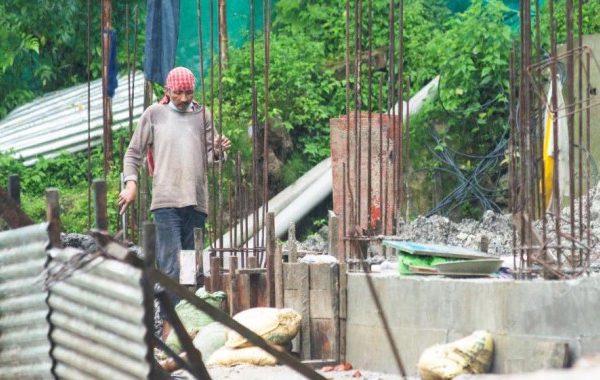 Gangtok: Workers engaged in the private sector will be documented under labor as soon as the Act gets notified of proposed by the Sikkim Government. The state Legislative Assembly endorsed the Sikkim Labour (Regulation of Employment and Conditions of Service) Bill 2021 on 15th June 2021, which was tabled by Labour Minister M.N. Sherpa.

Penal provisions as per legislation include cancellation of license/registration of labor service providers and migrant works cannot work in Sikkim if they all fail to register.

This act includes the works classified as potters, hawkers, ragpickers, masons, drivers, daily wage workers, skilled laborers, domestic workers, factory/industrial workers who shall adhere to all the provisions of the Act when notified by the Government. This act will usher the developments in the socio-economic sector of Sikkim, says Sherpa.

Sikkim CM further asks to examine the Labour Acts for more reforms of workers protection, exploitation as its main aim is to make the database stronger for workers and keep track of their whereabouts.

This new labor legislation became more important during the year 2020 amidst covid, since workers migrated across the states and the Sikkim government sought the worker’s data.
Even relief measures were unable to reach few workers due to the lack of data.
Hence the labor law provisions were asked to revised by the Sikkim Government and will help with a secured data in the future.
Initial works of the labor reforms have been already initiated by Labour Department and further duties are divided into teams assisted by a Labour Inspector in urban/municipal areas while BDO and local panchayats will lead the team in rural areas.