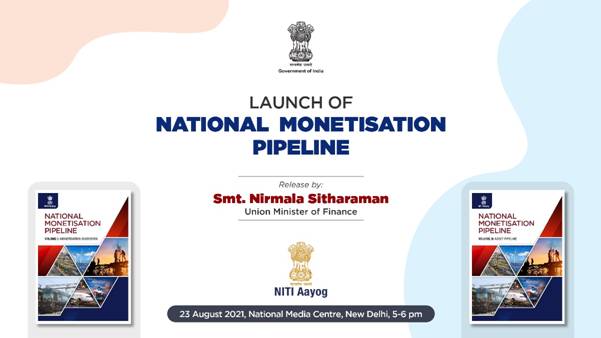 Also, the government will only monetize under-utilized assets and the ownership will remain with the centre, the finance minister Nirmala Sitharaman informed.

The brownfield assets will be monetarized by bringing in private participation, who have to hand over the assets to the government after a pre-determined period. The money obtained through the monetization exercise will be channelized into infrastructure building.

Infra assets worth ₹ 6 lakh crore will be monetized across the rail, road, and power sectors over 4 years, and “projects have been identified to monetize the assets” NITI Aayog CEO Amitabh Kant highlighted.

Asset monetization is the process of creating new sources of revenues by unlocking the value of unutilized and underutilized public assets, according to the Department of Investment and Public Asset Management website.

The entire exercise will generate greater value and unlock resources for the economy, stated the finance minister, and most of the asset monetization will take place either through the InvIT mode or public-private partnerships.