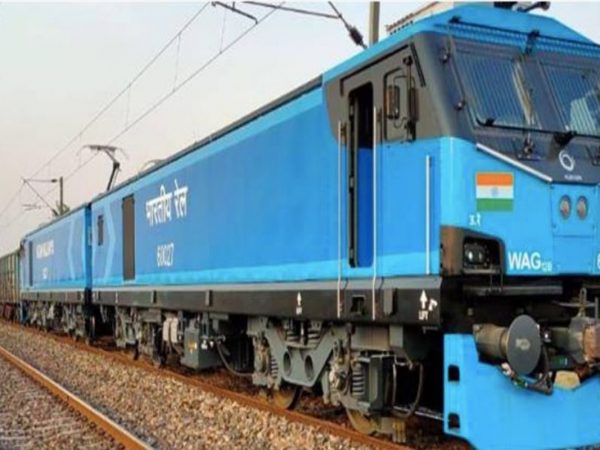 Guwahati: Assam’s Guwahati station is the busiest station in Northeast India. As per Railway Ministry’s announcement, the electrification work of 649 Route Kilometer (RKM), out of a total of 1294 Tonne Kilometer (TKM) has been completed by the Northeast Frontier Railway (NFR), from Katihar to Guwahati.

The development made here is part of the AC electric traction initiative, which focuses on connecting the Guwahati station through electrification of the railway section. For this purpose, the Commission of Railway Safety (CRS) has now been received.

The Indian Railways has a huge dependence on imported petroleum, on the scale of 3400 KL a month, in the form of High-Speed Diesel (HSD). The government spends about Rs 300 crore p.a. on HSD oil to meet the requirements of the national transporter.

Shifting to an electric network of Railways would cancel out the national transporter’s reliance on 3400 KL of oil/month, thereby saving the Government huge bucks.

Secondly, electrification of Railways would mean enhanced mobility and seamless train operation, which would reduce the run time between Katihar to Guwahati by an estimated two hours, which means 10% more trains could run on this network.

Also, electrification would lead to traction change at New Coochbehar and New Jalpaiguri, which is known to be inevitable. It will very much be possible now.

Furthermore, enhanced line capacity would lead to the introduction of 10% more line capacity, which would aid in launching more Rajdhani Express trains for capital connectivity projects.

With railway electrification, HOG technology can be utilised instead of the EOG system with two power cars employing two DG sets on either end on all LHB coach fitted trains, adds a syndicated news feed.

Also, shifting to electric lines would mean a reduction in gas and fume emissions, thereby pulling down the carbon footprint.