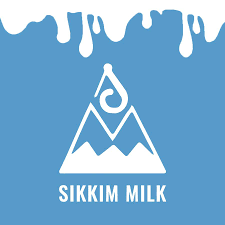 The Sikkim Milk Union has dismissed the claim of dairy farmers regarding delay in payments and said that the Gwalas ( dairy farmers) of the state are the highest paid in the entire country.

After a protest from certain dairy farmers against the Sikkim Milk Union over milk quality requirements and payment delays, the Union issued a press release stating, “Sikkim Gwalas (dairy farmers) are getting the highest milk payment in the country for the milk quality supplied to the milk union. There is no possibility that village milk producers’ co-operative societies receive milk payment less than that of what they supply. All dairy cooperative societies are getting milk payment before the fifth of every month from Sikkim Milk Union. Delayed payment beyond the sixth of any month does not happen except in cases of bank holidays.”

The Union said that the quality index with the minimum acceptable quality for milk is 3.5 per cent and 7.5 per cent solid not fat (SNF). SNF is that nutrient portion present in milk which is other than milk fat and water.

This rate includes Re.1 provided as society commissions to meet their operational needs.

Additionally, the dairy farmers under Milk Union receive a government incentive of Rs. 8 per litre depending on the milk supplies made to Sikkim Co-Operative Milk Producer’s Union Ltd. The department opined that it is the highest milk incentive paid by any government in the country.

To reach out to the dairy farmers, the Secretary l of Animal Husbandry and MD of the Sikkim Milk Union, Dr Senthil Kumar visited different milk cooperative societies on August 6. He assessed the status of milk testing and milk cooling facilities and the status of functioning of the society including the timely release of milk payments and milk incentives to the dairy farmers.

Further, he advised the Gwalas to improve both the quantity and quality of milk procured. He also encouraged the Gwalas for regular maintenance of the equipment provided by the milk union.

Dr Senthil Kumar stated, “Sikkim milk union being an organized and regulated institution has to follow the norms and it cannot procure and trade below standard milk. Thus any compromise on quality will cause erosion of the market for the dairy farmers in the State. There is an immediate and emergent need for increasing the quality of the milk produced by farmers. The union is taking all efforts to increase the quality of milk as the union is handing sufficient quantities. The market forces now demand only quality milk, hence we request all the members to put efforts to practice clean milk production.” The secretary also responded to the grievances and demands of the milk cooperative societies.

It needs mention that the Sikkim Milk Union is providing automatic milk testing machines and milk collection units to the societies and cooling facilities for testing milk at the source of procurement and for safeguarding the quality of milk by maintaining a low temperature.