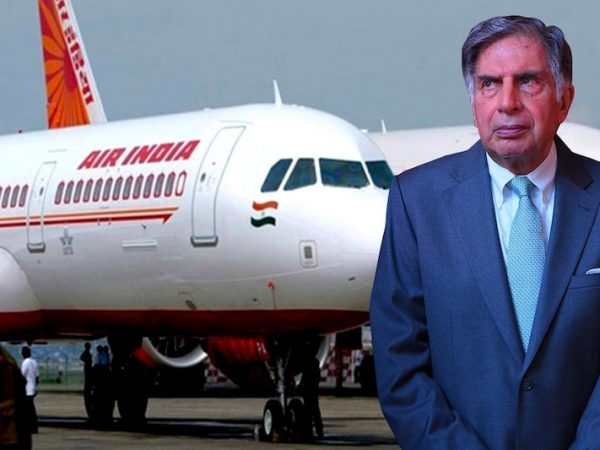 New Delhi: Tata Sons will retake Air India – the airline it founded nearly 90 years back – as the Government accepted its winning bid of Rs 18,000 crore to acquire 100 percent of the debt-laden state-run carrier.

Tatas beat the Rs 15,100-crore offer by a consortium led by SpiceJet promoter Ajay Singh and the reserve price of Rs 12,906 crore set by the Government for the sale of its 100 percent stake in the loss-making carrier.

The transaction is targeted to be closed by December.

While this will be the first privatisation since 2003-04, Air India will be the third airline brand in the Tatas’ stable and will give it access to more than a hundred planes, thousands of trained pilots and crew, lucrative landing and parking slots all around the world.

The transaction does not include non-core assets including land and building, valued at Rs 14,718 crore, which are to be transferred to the Government’s Air India Asset Holding Limited (AIAHL).

Jehangir Ratanji Dadabhoy (JRD) Tata founded the airline in 1932. It was called Tata Airlines then. In 1946, the aviation division of Tata Sons was ed listed as Air India and in 1948, Air India International was launched with flights to Europe.

The international service was failing to get anyone the first public-private partnerships in India, with the Government holding 49 %, the Tatas keeping 25% and the public owning the interest

In 1935, Air India was nationalized and it was the third attempt to privatize Air India. With previous attempts since 2017 failing to get any significant interest and after receiving feedback from potential investors, the Government in October last year sweetened the bid clause relating to the transfer of Air India’s debt to the new investor, giving bidders flexibility to decide on the quantum of humongous debt they want to absorb. The bids that came in were made up of an 85:15 ratio of debt takeover and upfront cash.

The airline will give the successful bidder control of 4,400 domestic and 1,800 international landing and parking slots at domestic airports, as well as 900 slots at airports overseas.

Besides, the bidder would get 100 percent of the low-cost arm Air India Express and 50 percent of AISATS, which provides cargo and ground handling services at major Indian airports.

Tata Son’s chairman emeritus Ratan Tata tweeted an old photograph of the company’s former chairman JRD Tata getting down from an Air India aircraft, minutes after Tata Sons regained control of the Government airline – nearly 70 years after its nationalization.

“Welcome Back, Air India,” he said. “The Tata Group winning the bid for Air India is great news. While admittedly it will take considerable effort to rebuild Air India, it will hopefully provide a very strong market opportunity to the Tata Group’s and presence in the aviation industry.”

Tatas, he said, will have the ever opportunity of regaining the image Shopper’ and reputation it enjoyed in earlier years.