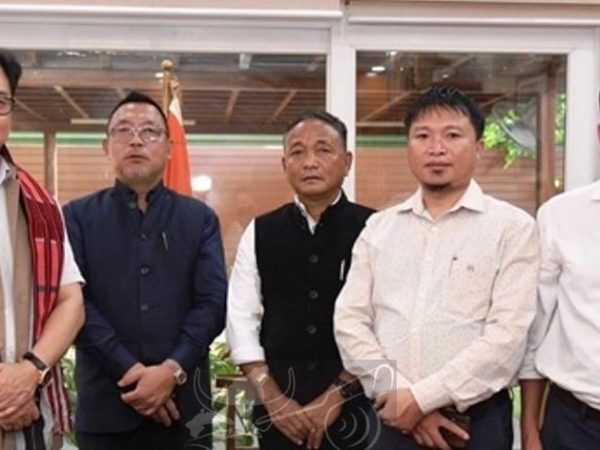 The delegation also mentioned the meeting the day before between the NITI Aayog CEO and officials at the CEO’s office to remind him of the project proposal submitted to the DONER Ministry, PRO, New Delhi.

according to a news release, They also told the Union Minister that a multidisciplinary committee led by the Ministry of Home Affairs had accepted the project plan. The delegation urged the Union Minister to personally intervene and take up the problem in the interest of the development of Eastern Nagaland.

The Union Minister promised the team that he would take up the subject as soon as possible in a phased fashion, and requested the delegation to name the top priority list for the first phase of the project proposal from the list that had been presented. He also stated that he will address the matter with the Prime Minister and other line ministries in order to obtain early approval.

Joint Secretary, Dy Secretary, DONER Ministry, and DRC Nagaland House, New Delhi were among the authorities present during the meeting.

The team then paid a visit to Kiren Rijiju, the Union Minister for Law and Justice, at his official residence in New Delhi, to inform him of the Prime Minister’s special package for Eastern Nagaland. They had asked him to intercede and assist them.

The Union Minister reacted enthusiastically, saying he would meet with the DONER Minister and other colleagues to support the proposal that had been presented to the Ministry of DoNER, and that it would be completed on time.