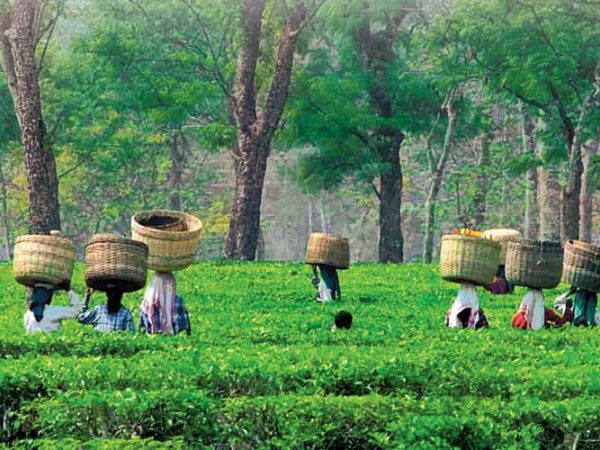 Guwahati: Worried over stagnant tea export over a decade, Union minister of state for commerce and industry, Anupriya Patel, on Thursday said the Centre has allocated Rs 98 crore to boost tea export from the northeastern region.

“The tea industry has a bigger potential but we are worried as exports have remained stagnant for the last 10 years, affecting this 200-year-old tea industry,” said Patel at a news conference here.

Under the Tea Development & Promotion Scheme (TDPS) for five years from 2021-22, Rs 967 crore has been earmarked by the Centre for assisting growers. “A sector-specific allocation of Rs 98 crore for increasing exports from the northeast has been done,” said Patel.
She was hopeful that Rs 298 crore earmarked for clearing pending subsidies will be properly utilized as also the Union budgetary provision of Rs 1,000 crore for the welfare of tea workers, especially women and children in Assam and West Bengal.

Patel held consultations with stakeholders during her two-day visit to the state. “I have asked the stakeholders to come up with a self-sustaining model, which our government will support. We want safe and hygienic practices with the value addition of tea,” she added.
Patel further informed that for promoting and branding Assam silk and handicraft, the Centre is going to engage the Indian Institute of Packaging, Mumbai, to train manpower for packaging their products.
On spices, she said the Spices Board will establish a NABL accredited lab in the northeast. Currently, spices produced in NE are being transported to Kolkata as the northeastern region lacks a laboratory for testing spices.

The Guwahati Tea Auction Buyers’ Association (GTABA) recommended a complete overhaul of the Tea Act, 1953 if not its repeal and replacement by a simple set of guidelines.

“What is important for tea today are aspects relating to food safety which come under FSSAI. There are routine violations by producers even of basic FSSAI standards and this has not been addressed as the Tea Board has hardly ever used its vast powers to take such violators to task,” GTABA stated in a memorandum.

GTABA recommended that the Tea Board should be replaced with a sleek ‘Tea Promotion and Development Council’, working under the ministry of commerce and industry.
“The need is to move the Tea Board from its current role as a regulator and controller to a body which is an enabler and facilitator helping the tea industry survive and be ‘atmanirbhar’. Dilution of controlling powers will also remove vested lobbying interests that try to influence decision making and have contributed to the ill-health of the tea industry,” it added.