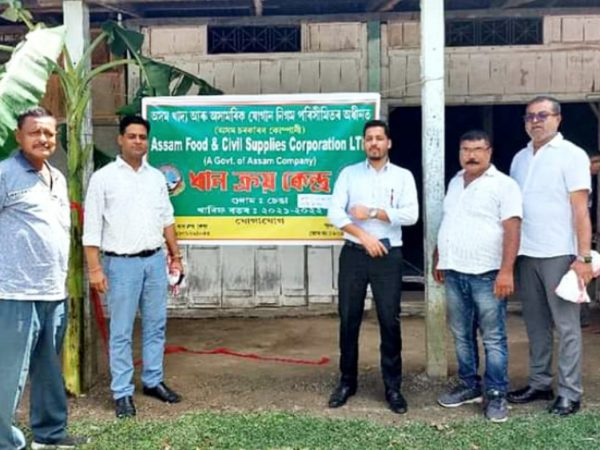 Guwahati: A Paddy Procurement Centre has been inaugurated at Chenga in the Barpeta district with the aim of facilitating farmers to sell their paddy production to government agencies at a Minimum Support Price (MSP).

It was inaugurated by the Deputy Commissioner of Barpeta Ayush Garg in the presence of the ADC Khanindra Das, and officials of Assam Food and Civil Supplies Corporation Ltd.

The center will procure paddy from the farmers of Barpeta at the minimum support price, eradicating the role of middlemen and mediators in the complete process of procurement.

Deputy Commissioner Ayush Garg asked the officials of the Agriculture Department present in the meeting to procure paddy three times more than the target fixed by the government in order to benefit a large section of the farmers of the area. He urged the farmers who have already availed of this facility at the PPC to inform and mobilize more farmers in their respective areas to make use of this facility made available by the government for their benefit.