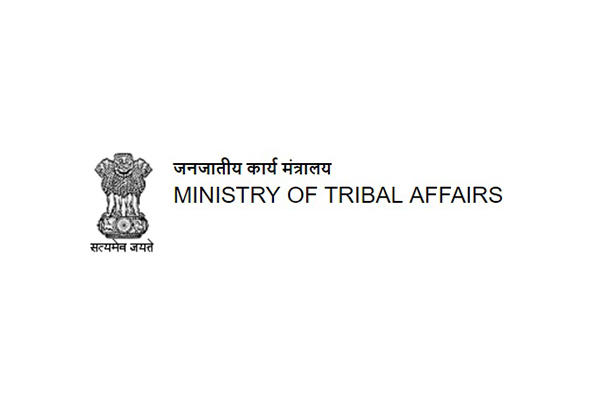 New Delhi: Providing livelihoods with the safety of health to tribal people across the country has become even more paramount for TRIFED, As a market developer and service provider, the objective of TRIFED in the socio-economic development of tribal people in the country by way of marketing development of the tribal products on which the lives of tribals depends heavily as they spend most of their time and derive a major portion of their income. With an aim keeping in, mind TRIFED has been implementing several noteworthy initiatives for the empowerment of the tribal people. During the time of amid pandemic looking on the current situation On June 9, 2021, TRIFED arranges a virtual meeting, webinar for  Members of Parliament to explain awareness about the various schemes so that their implementation can be accelerated and comprehensive inclusion of tribal communities under these schemes across the country can be achieved with benefits. By more than 30 tribal through the virtual meet meeting was attended. Union Minister of State, Ministry of Steel; Shri Jual Oram, Former Minister for Tribal Affairs; Shri BisweshwarTudu and Dr. LorhoPfoze MPs, including Shri Faggan Singh,   to name a few.

During the presentation and the discussion webinar containing as part of the whole being considered an extensive presentation about the MSP for MFP and the Van Dhan Vikas Yojana., the impact of Minor Forest Produce in the tribal economy, and how the Government has designed a holistic model of MFP-led Tribal Development and has put in place several schemes for the same were touched upon.

Over the past few years, the revamped ‘Mechanism for Marketing of Minor Forest Produce (MFP) through Minimum Support Price (MSP) & Development of Value Chain for MFP’has impacted the tribal ecosystem, and aided by government push, it has injected crores of rupees into the tribal economy. The Van Dhan tribal start-up shave emerged as a source of employment generation for tribal gatherers and forest dwellers and tribal artisans.

During the time of amid pandemic COVID 19, this plan has been a major boon for the marginalized. The Van Dhan Vikas Yojana has gained tremendous ground with its quick adoption and robust implementation aided by the state nodal and implementation agencies across India. over the past 18 months,  The North-East is leading the way with 80% of the established VDVKs. Maharashtra, Tamil Nadu, Andhra Pradesh are other states where the scheme has to choose to take up overwhelming results.

One of the biggest outcomes of this scheme is that it has succeeded to create market linkages.  Across the country, operations have begun in earnest in these VDVKs. Wider than 500 varieties of goods are being value-added, packaged, and marketed from these VDVKs. Fruit candy  (amla, pineapple, wild apple, ginger, fig, tamarind), jam (pineapple, amla, plum), juice & squash (pineapple, amla, wild apple, plum, Burmese grapes), spices (dalchini, turmeric, ginger),  pickles (bamboo shoot, king chilly), processed giloyall wide supply of products of which have reached the big market. This is in addition to 25,000 varieties of handlooms and handicrafts produced by Tribal clusters of the country. All these are being marketed on TribesIndia.com and through the 137 Tribes India outlets across the country.

During the virtual meet, Mr. PravirKrishna, Managing Director spoke about “Be Vocal for Local Buy Tribal” to create an “Atmanirbhar Bharat” which has become a mission now for TRIFED. It is aligned to the Government’s guiding principle of “SabkaSaath, Sabka Vikas” and the Prime Minister’s Sankalp to set up, 50,000 VDVKs in the country to promote enterprise through value addition and marketing of tribal products The Mission will be centered around the message of Mera Van, MeraDhanMeraUdyam. TRIFED is working on the transformation from the Van Dhan mode to tribal enterprise mode. By clustering these Van Dhan Vikas Kendras into Van Dhan clusters and enterprises, the aim is to achieve economies of scale and promote high-value addition produce.

To further institutionalize the Van Dhan Vikas Kendra Clusters, TRIFED is driving convergences with different ministries and organizations. It has MoUs in place with different ministries such as MSME, MoFPI, and Ministry of Rural Development to align the scheme with similar programs of these Ministries, resulting in the convergence of Van Dhan Vikas Kendras and its clusters with SFURTI, ESDP from MSME, Food Parks Scheme of MoFPI and NRLM, within M/oRural Development.

Post this detailed summary and information dissemination session, Mr. Krishna requested the  Members of Parliament for their leadership, patronage, and support to accelerate the schemes’ implementation. This was followed by an interactive session where comments and queries of the  MPs were addressed. Their valuable suggestions were also noted for future reference and implementation. The  MPs appreciated the efforts of the TRIFED team in implementing the schemes and the progress observed in the tribal constituencies.

Mr. Krishna assured them that the TRIFED team will hold regular meetings with them and reach out to them to take these schemes forward.