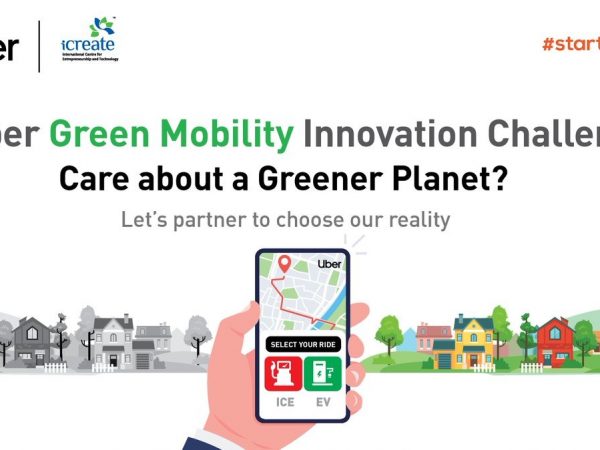 Uber, the ride-hailing firm, has announced a partnership with Startup India and iCreate, a Gujarat-based start-up incubation centre, to create an innovation fund to encourage innovative ideas that would help the country’s electric car uptake.

In a statement, Uber stated that the ‘Green Mobility Innovation Challenge,’ which will be hosted on the Startup India platform, seeks applications from individuals and start-ups focusing on innovation in the areas of two- and three-wheelers, charging station accessibility.

This is for prospective partnerships or financial models that might help India’s EV adoption, according to the statement.

Last year, the business pledged an investment of USD 800 million to assist drivers in making the transition to electric vehicles (EVs) by 2025, with a goal of zero emissions by 2040.

Uber has also collaborated with Mahindra, SUN Mobility, and Lithium in the past.

Ten winners will get two months of mentorship from Uber’s technical, engineering, and go-to-market teams, as well as iCreate, as part of the collaboration launched on Thursday. The winners will be picked by a panel of five industry experts.

Uber will give the top five start-ups a grant of Rs 7.5 million (USD 1.01 lakh), followed by six months of incubation at iCreate, according to the announcement.

“We’re collaborating with Startup India and iCreate on the ‘Uber Green Mobility Innovation Challenge’ to explore what fantastic ideas are out there to help boost the country’s burgeoning EV ecosystem.”

“It’s a privilege to be able to assist India’s numerous entrepreneurs in tackling one of the world’s most important challenges,” said Prabhjeet Singh, president of Uber India South Asia.

Uber has over 5,500 electric vehicles on its network in India, and Delhi just became the first city in the nation to allow users to book e-rickshaws using the Uber app.

“India is working towards enabling start-ups, especially those in the sector of e-mobility, to achieve the SDG (sustainable development goal) goals,” said Deepak Bagla, MD and CEO of Invest India.

He went on to say that innovation is the backbone of India’s development. “Through such challenges, we hope to contribute to the improvement of India’s start-up ecosystem.”

iCreate’s head of business, Rajiv Bose, said, “Our goal is to encourage the development of entrepreneurial capital that is based on innovation and technology. We are advancing the same goal on a wider scale by working with Uber India and reaching out to start-ups across India.”

Electric cars have a bright future in India, and iCreate looks forward to assisting the participating start-ups in achieving this goal for the country, he added.