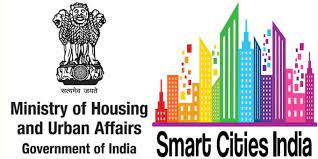 New Delhi: The government of India launched the Smart Cities Mission (SCM) on 25 June 2015 for the development of 100 cities as Smart Cities and the selection has been completed through 4 rounds of selection from January 2016 to June 2018. The cities under SCM have shown considerable progress since their selection.

In Maharashtra, 8 Cities, viz. Aurangabad, Kalyan-Dombivali, Nagpur, Nashik, Pimpri-Chinchwad, Pune, Solapur & Thane have been selected for development as Smart Cities. The government of India has released ₹ 2,128.23 crores for Smart Cities of Maharashtra, out of which, these Smart Cities have already utilized ₹ 1,920.92 crores (90%).

Ministry of Housing and Urban Affairs (MoHUA) regularly interacts with the States/ UTs & Smart Cities through video conferences, review meetings, field visits, regional workshops, etc. at various levels to assess the performance and progress of the cities and to handhold them for improving the same.

This information was given by the Minister of State in the Ministry of Housing and Urban Affairs, Shri Kaushal Kishore, in a writing during the Rajya Sabha on 11th August 2021.