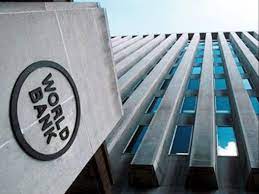 “India’s economy is expected to grow by 8.3 percent in the fiscal year ending March 2022, unchanged from the June 2021 outlook. The forecast for FY2022/23 and FY2023/24 for India has been upgraded to 8.7 percent and 6.8 percent, respectively, reflecting higher investment from the private sector and in infrastructure, and dividends from ongoing reforms,” it said in its latest Global Economic Prospects report.

The World Bank said the economic damage brought about by the second Covid wave in India has already been unwound, with output effectively returning to pre-pandemic levels. “Contact-intensive sectors, like trade and hotels, however, are still below pre-pandemic levels,” it said.

According to the government’s statistics department, the economy is expected to grow at 9.2 percent in FY22, lower than the 9.5 percent estimate by the International Monetary Fund as well as the Reserve Bank of India.

The World Bank said easing supply disruptions related to Covid-19 and deficient demand led to a return of inflation in India toward the central bank’s target in late-2021. “In most economies, monetary and fiscal policy are expected to remain broadly accommodative in 2022, but gradually shift to a focus on fiscal sustainability and anchoring inflation expectations,” it said.

The development organization said global gross domestic product will probably increase 4.1 percent in 2022, lower than a 4.3 percent forecast in June.

By 2023, annual output is expected to remain below the pre-pandemic trend in all regions with emerging-market and developing economies, while in advanced economies, the gap is estimated to close, it said.

“There is there a serious slowdown underway,” Ayhan Kose, the chief economist of the Prospects Group at the institution, told Bloomberg. The global economy “is basically on two different flight paths: advanced economies are flying high; emerging-market, developing economies are somewhat flying low and lagging behind”.

In emerging markets with limited policy space to provide support, the risks heighten chances of a hard landing for their economies, the World Bank said.