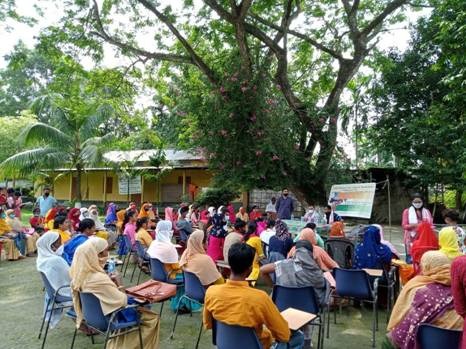 During the week-long camps held around the country, more than 371 PIAs effectively mobilised close to 83795 applicants. The camps were successful in not only creating interest in the DDU-GKY programme, but also in registering almost 75660 people for forthcoming training. The PIAs arranged the camps both digitally and physically, according to all Covid safety procedures.

The Deen Dayal Upadhyaya Grameen Kaushalya Yojana (DDU-GKY) is a countrywide placement-linked skill training programme financed by the Ministry of Rural Development (MoRD), Government of India. It was inaugurated on September 25, 2014. (GoI). DDUGKY aims to improve the impoverished rural youth’s placement-related abilities and place them in wage work in various areas of the economy. The programme is outcome-driven, with guaranteed placements for at least 70% of those who complete it.

The DDU-GKY programme, which focuses on placements, is being implemented in 27 states and three UTs for rural disadvantaged children. Through more than 2381 training facilities, more than 871 PIAs are teaching rural poor kids in close to 611 career positions. Till July 31, 2021, a total of 10.94 lakh young have been trained and 7.07 lakh youth have been placed.