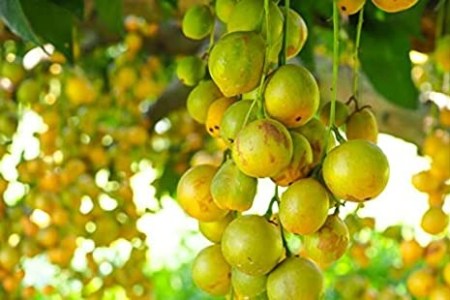 Guwahati: Agricultural and Processed Food Products (APEDA) in its press release announced a consignment of fresh Burmese Grapes (Leteku in Assamese) that will be air-shipped to Dubai from Guwahati via New Delhi by APEDA-registered company- Kiega EXIM Pvt Ltd. This consignment will boost the export of agricultural and processed food items of North-eastern States substantially.

According to APEDA, ‘Leteku’ or Burmese Grapes are rich in Vitamin C and are iron-fortified, which is sourced and packed at a collection center in Assam’s Darang district.

APEDA has been doing promotional operations to put the north-eastern states on India’s agricultural and processed food export map. With this initial shipment, APEDA wants to promote more such therapeutic and exotic fruits of the northeast, APEDA chairman M Angamuthu stated.

Although this is the first cargo of ‘leteku‘ to be sent to the Middle East by the Central Government enterprise, they are anticipating an extensively positive market response.

And who is aware of its health benefits, will eagerly consume the fruit. Further northeast produces several exotic fruits with high nutritional content, however, it is rarely known in other Indian states.

Recently, APEDA has even facilitated the export of the first consignment of red rice, which is grown without the use of chemical fertilizers, known as ‘Bao Dhaan’, from Assam to the United States.