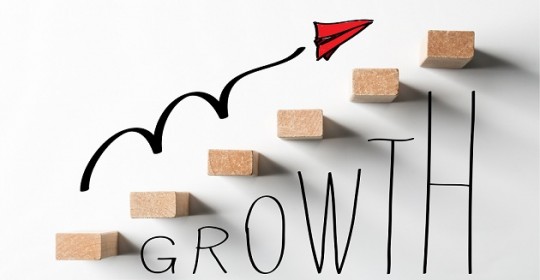 With roughly 2% of bank credit projected to be restructured by the end of this fiscal year, stressed assets, which include gross nonperforming assets and loan book under restructuring, should hit 10%-11% (up from a March-end 2021 forecast of about 9%), according to the credit rating agency.

“The retail and MSME categories, which together account for around 40% of bank lending, are anticipated to witness greater accretion of NPAs and stressed assets this time around,” said Krishnan Sitaraman, Senior Director and Deputy Chief Ratings Officer, CRISIL Ratings.

“By the end of the fiscal year, stressed assets in both categories are expected to rise to 4-5 percent and 17-18 percent, respectively.” If not for write-offs, especially in the unsecured category, the figures would have trended much higher.”

The retail sector has been engulfed by the epidemic.

As a result, the Reserve Bank of India (RBI) offered debt restructuring for retail borrowers in a first-of-its-kind measure to help them get through the crisis. This comes after lenders granted a six-month moratorium last fiscal year.

Despite these efforts, CRISIL Ratings predicts that stressed assets in the retail sector would increase to 4-5 percent by the end of this fiscal year, up from approximately 3% last year.

While house loans, the largest category, are anticipated to be the least affected, unsecured loans are expected to face the brunt of the epidemic.

According to the agency’s projections, restructuring is projected to be the greatest for this segment, accounting for 4-5 percent of the loan book, resulting in a surge in stressed assets to 17-18 percent by the end of this fiscal year, up from approximately 14 percent last year.
However, according to CRISIL Ratings, the corporate category is likely to be considerably more robust.

“During the asset quality assessment that began five years ago, a substantial portion of the stress in the company portfolio was already recognised. “This, combined with the secular deleveraging trend, has strengthened corporate balance sheets, allowing them to weather the pandemic relatively unharmed as compared to retail and MSME borrowers,” said to the agency.

Only around 1% of the section has been restructured, demonstrating this. As a result, corporate stressed assets are likely to stay in the 9-10% range this fiscal year.
According to CRISIL Ratings, the rural category, which was most impacted during the second wave of the epidemic, has shown a recovery.

As a result, stressed assets in the agriculture sector are projected to stay steady at around 10%-11%.
The portfolio has been restructured, and it will need to be closely monitored.

While the performance of the restructured portfolio will undoubtedly require constant monitoring, slippages from the restructured book are likely to be fewer this time, according to Subhasri Narayanan, Director, CRISIL Ratings.

She noted that in the past, restructuring under various schemes focused on larger exposures and largely entailed maturity extension without any substantial haircuts, resulting in high future slippages and that this time, the entrance hurdles for restructuring are more strict.

In addition, recent trends show that a significant number of debtors, especially on the retail side, have begun making additional payments as their cash flows improve, despite having taken advantage of restructuring, according to Narayanan. MSMEs, on the other hand, may take longer to stabilise, so we’ll keep an eye on them.

CRISIL Ratings’ forecasts are based on a 9.5 percent GDP growth rate this fiscal year and continuing improvement in corporate credit quality.

The agency warned that “a severe third wave and considerable slowing in demand growth might offer significant downside risks to our forecasts.”

On the other hand, the projected first-round sale of Rs 90,000 crore in NPAs and the operationalization of the National Asset Reconstruction Company Ltd by the end of current fiscal year might result in reduced reported gross NPAs.