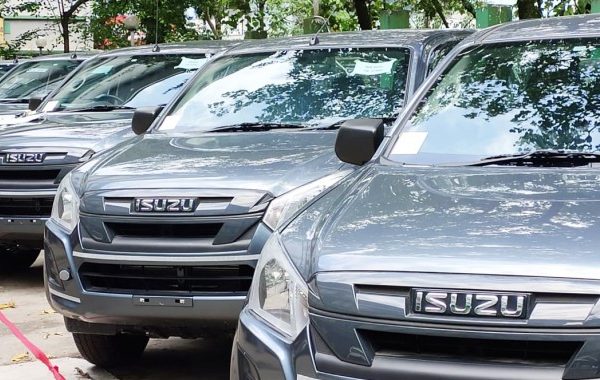 A function was organized at Krishi Bhawan in presence of Senior Agricultural officials and Horticultural Secretary M.T Sherpa, where the handing over of SUVs was initiated under the Central scheme Paramparagat Krishi Vikash Yojana (PKVY) and shall be kept under the custody of the officials.
The vehicles are for utilization by the farmers to transport their agricultural produce. They can contact the concerned officers for their required services. And as the Agricultural minister stated, there is a minimal price to be paid, set by the department to use the vehicle for transportation of produce to the market.

To respect and support the contribution of the farmers, this initiative was taken by the chief minister.
Nealy, 10,000 farmers of Sikkim have benefited from the PM Krishi Samman Nidhi Yojana, with more than Rs 8,000 Cr credited to the bank and 6,000 farming families getting financial support annually in three installments.

For the past few years, a pest has been damaging the cultivation which attacks young maize crops mainly. An SOP has been prepared and will train their staffs at ground levels, says Agricultural Secretary, Rinzing Chewang.
Even this year saw a pest attack, while the agricultural officials, ground-level staffs, ICAR, pest management cell of the department has been constantly working and have tackled everything till now smoothly.