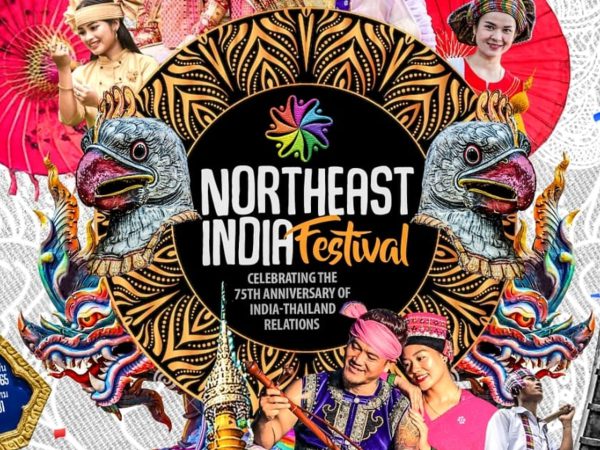 The second edition of the North East India Festival got underway at Thailand with political leaders of South East Asian countries saying they are closer to the Northeast in many ways.

The inaugural session was organized at Centara Grand Hotel in Bangkok was attended by top policymakers of Thailand, Industrialists, well known personalities of India and top policymakers, entrepreneurs of North East India.

Ms Suchitra Durai, India’s Ambassador to Thailand in her welcome address opined that after the successful first edition, the second edition of North East India Festival is a celebration of Indo- Thai relationship and to connect India’s North East to Thailand.

Ms Durai gave a brief background on the various components of North East India festival and informed that it’s a joint initiative of Indian Embassy, Ministry of External Affairs and Trend MMS, led by Shyamkanu Mahanta who have done painstaking job in bringing a large team of cultural performers, entrepreneurs, Govt officials to Bangkok to showcase the region.

Mr. Laksanawisit, Deputy Prime Minister of Thailand in his speech thanked Government of India for organizing 2nd edition of North East India Festival at Bangkok in the 75th year of India’s Diplomatic Relations with Thailand. He opined that Thailand is historically and geographically very close of India’s North East and this North East India Festival will help in pushing trade, tourism and people to people connect with the both the regions.

Mr. Chowna Mein, Deputy CM of Arunachal spoke about Tai connect of Thailand with North East and highlighted similarity in terms of festivals, food habits and customs. He also presented about the investment and tourism potential of Arunachal.

Mr Conrad Sangma, Chief Minister of Meghalaya gave an inspiring speech about shared history of North East India with Thailand and he opined that this event is a beginning and continuous efforts must be made at various levels to keep up the engagement. He expressed hope this occasion will open up opportunities in trade and tourism and urged Royal Thai Government to promote trade between Thailand with entire North East India.

Mr. R.K Ranjan, Union Minister(State), MEA informed that India’s Act East Policy is the main focus of Hon’ble PM Sjt Narendra Modi and this is a project to promote Act East. Mr. Neiphu Rio, Chief Minister of Nagaland spoke about Nagaland, its tourism potential, trade potential and expressed hope that North East India Festival is a serious effort to promote Act East Policy and result with surely come. He welcomed investors and tourists to Nagaland and rest of NER. He also suggested that Chief Ministers of NER will work closely with Ministry of External Affairs, Ministry of DoNER to promote the region outside as well as in India.

The Chief Organiser Shyamkanu Mahanta informed that continuous efforts will be made on the positive outcomes to be taken forward for a meaningful developments in the ground. A trade meet was organized wherein around 60 buyers of Thailand interacted with MSME entrepreneurs, Govt agencies.

The focus was on Tea, coffee, agro horti products, bamboo products, and substantial lead was generated in the form of new business creations. Mr. Shyamkanu Mahanta informed that the programme started yesterday with a B2B Meet on Tourism which was attended by 150 tour operators of Thailand interacting with State Tourism Deptts of North East, tour operators, top policymakers of Thailand and North East India.