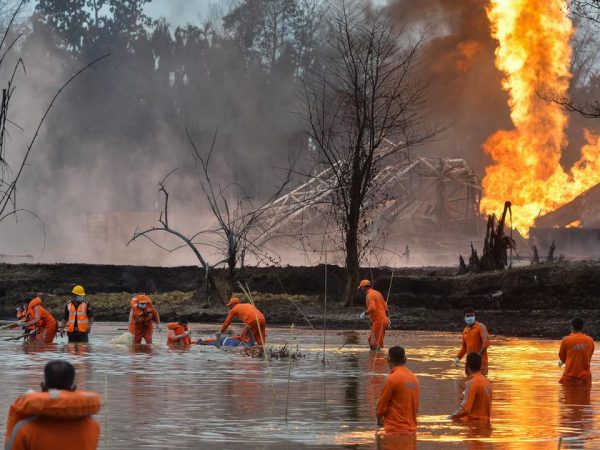 GUWAHATI, June 7: Assam Forest department conducted a study on the ecosystems in and around the site in Upper Assam’s Tinsukia district affected by the well blowout of Baghjan estimating losses up to Rs 25,050.61 Crore.

An investigation on Baghjan revealed that there has been a 55 percent loss of biodiversity owing to the blowout. After the investigation, the study stated that it was an ecological disaster and while making up to the losses, one may end up with several probabilities. The assumption on the monetary route ended up in the estimation of costs during the losses.

Besides the uncountable losses, there were several other damages like wildlife habitat, larvae, eggs, nests that were destructed which can be counted rationally in the list directly.

From the exploration study, an explosion blowout (from May 27, 2020, to November 15, 2020) was revealed directly impacting 40 listed scheduled animals in the Wildlife (Protection) Act, 1972 of different species or cultures.

The counted deaths were about 25,825 animals (wildlife) belonging to 41 genera/ families.

The possibility of a blowout and the destruction of the ecosystem could have been eroded if the environment or nature weren’t reported faulty from the misreporting of the impacts on Baghjan and could have been in the concerning eyes of Oil.

Since there were no management plans by Biodiversity or the Regional Wildlife with concern to no nearby habitat or wildlife after the environment clearance, it has eventually led to this worse situation of the ecosystem.