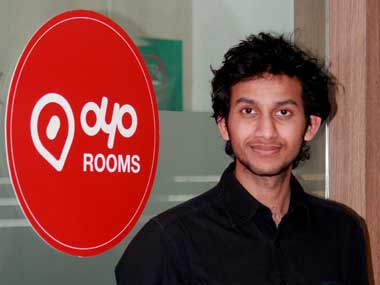 New Delhi: Hospitality major OYO is looking to file for an initial public offering (IPO) as soon as next week, media reports said.

According to TechCrunch, the seven-year-old startup, founded by 27-year-old Ritesh Agarwal, is planning to raise as much as $1.2 billion in the IPO.

The aforementioned terms could slightly change in the next few days and the startup may take an additional few days to file the paperwork, citing sources, the report said.

The firm, which counts SoftBank, Lightspeed Partners, and Airbnb among its investors and was most recently valued at $9.6 billion, had about $780 million to $800 million in the bank as of three months ago (per Agarwal’s public comment at a recent conference) and raised $660 million in debt in July.

OYO, which recently raised about $5 million in a strategic investment from Microsoft, operates in nearly three dozen countries, the report said.

The start-up, one of the most valuable in the South Asian nation, has developed an operating system of sorts to help hoteliers accept digital bookings and payments, etc, it added.

OYO, using its technology stack, helps hoteliers determine the best price for a room and helps them with discoverability and integrations with third-party hotel booking services such as booking.com and MakeMyTrip.

Like most others in the travel and hospitality business, OYO was severely hit by the pandemic but has recovered considerably in recent months.