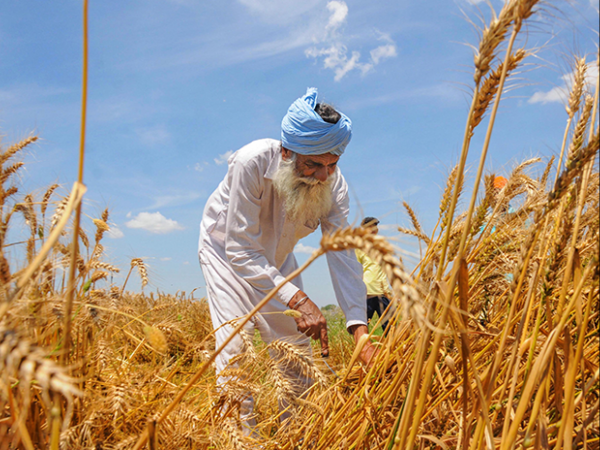 The financial year 2021 brought some much-needed relief to exports. There was a month-on-month growth on the back of pent-up demand, enhanced liquidity, and the opening up of the global markets. After the first Covid wave in March 2020, when exports faced a major beating, this came as a welcome respite. The revival signs held renewed promise for an industry battered by the pandemic’s effects. The stellar performance witnessed each month led to rising expectations of India meeting the export target of $400 billion this financial year.

The year also got positive momentum from another side. FY21 saw the export of a host of new agri-products, adding diversity to India’s exports basket.

Despite the Covid curbs and logistic bottlenecks at play, the country saw an upward trend in the export of agricultural and processed food products in April October of FY21. Estimates by the Directorate General of Commercial Intelligence and Statistics (DGCI&S) showed that the overall export of products under the Agricultural and Processed Food Products Export Development Authority (APEDA) increased from $10,157 million in April October 2020 to $11,651 million in April-October 2021.

From Tripura’s jackfruit and Kanpur’s Jamun to Assam’s red rice and Burmese grapes, there were at least a dozen debutants in India’s export mix. Besides these, GI-certified Jalgaon banana was exported to Dubai in June and King Chilli from Nagaland also referred to as bhoot jolokia, was exported to London uvia Guwahati for the first time in July.

M Angamuthu, Chairman of APEDA, says he anticipates 10-15% growth in the new agri products in the coming year. “This has led to product diversification and demand for newer products. Some of the products were not being utilised in the optimum way earlier. We are expecting more demand for millet-based products and other nutri cereals in the times ahead,” he says.

Incidentally, a lot of these new products were rich in nutrients and had immunity-boosting properties, making them surge in popularity during the pandemic.

In May, for instance, the first consignment of millets grown in the Himalayas were exported to Denmark. “The exports of millets to Denmark would expand export opportunities to European countries as well. The exports would also support thousands of farmers who are getting into organic farming. Millets are gaining a lot of popularity globally because of high nutritive values and also because they are gluten-free,” a Press Information Bureau (PIB) release had stated.

In October, APEDA had facilitated exports of the first consignment of various nutrient-rich products derived from jackfruit, passion fruit, and nutmeg (jaiphal) that were sourced from farmers in Thrissur in Kerala to Melbourne.

The statistics show a preference for organic foods. India’s export of organic food products rose by more than 51% to Rs 7,078 crore during April-February (2020-21) from the corresponding period of the previous financial year, according to PIB.

Pankaj Khandelwal, Chairman, and MD of Mumbai-based INI Farms, an exporter of bananas and pomegranates, says a clear opportunity is created when consumers in the supply chain ask for such products. “A larger (export) basket helps in furthering the development of rural India. This leads to a more secular development as more farmers come into the ambit of a developed supply chain,” heavers.

Other industry experts ET Digital spo also affirmed that such products can play a good role in augmenting India’s exports and doubling farmers’ income. Ajay Sahai, DG & CEO, Federation of Indian Export Organisations (FIEO), says better market access for Indian agricultural products has held us in good stead. “We are looking at further value addition in Agri exports. Consumption patterns are shifting, Products that are rich in nutrients and proteins are doing well globally. However, India has competition from other markets also. So strict adherence to quality standards will need to be maintained,” he says.

Echoing Sahai’s view, Khandelwal says that all agri commodities have to meet protocols of various countries because of pest risks and food safety standards. Countries such as the US and Australia are far more stringent with such processes. “Typically, phytosanitary approvals are needed and there is a protocol on the way it has to be done This, in turn, needs coordination.

protocol on the way it has to be done. This, in turn, needs coordination between different agencies. So, it is a complex government-to-government effort to make this work.”

Experts reckon that while such diversification has been more visible in agricultural commodities, given India’s strengths, the pace is picking up for sectors such as electronics and textiles as well. Sahai has a word of caution for the new year. “We are confident of making good headway in 2022. However, growth in global trade may not be as high as in 2021. How things pan out with the new Covid variant also remains to be seen. So, we can aim for a 15-20% growth in exports for 2022, clocking $460-$475 billion in the next financial year,” he adds.