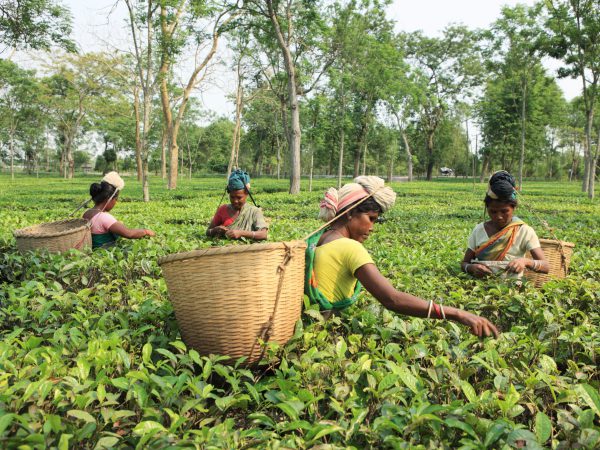 Wages of tea garden workers in Assam have been hiked by Rs 27.

This was done after a meeting with tea associations and Assam Chah Mazdoor Sangha.

The meeting also assured the tea industry to raise the government subsidy for orthodox tea from Rs 7 to 10 per kg. The aim of the move is to increase exports of orthodox tea from Assam.
Othodox tea this year in auctions in Assam have been getting good prices which have enthused orthodox tea prices.

The meeting also decided that all garden workers will get ration cards and have urged gardens to take fair price shop licenses.

In fact yesterday there was a meeting by senior Assam government ministers on the issue of wages of small tea garden workers.

“It cant be that the sector which produces more than half of the tea dont get proper wages nor benefits” a tea planter said.

Both the sectors have to be on an equal footing , there cannot be two segments with different cost structures. Until this issue gets resolved, there would always be problems” the planter said.

” The current strategy of selling CTC tea leads to low-value output in a highly competitive , commodity led market. Investments in debottlenecking infrastructure and leveraging the small tea growers of Assam can develop the entry into the high-value Indian leaf market” the bank says.

The first thing to be done is to organize STGs into producer groups. “The producer groups would gain economies of infrastructure while retaining ownership and uniqueness of each tea garden. A registration drive for all the STGs within the state needs to be undertaken” it said.

It said a dedicated export marketing agency for STGs should be set up, beyond the existing Tea Board.

The Bank says incentivizing STGs to move toward organic cultivation could make the Single Estate or Single Origin Tea even more exclusive and high value.

The scheme talks of collectivizing the small tea growers of the North Eastern Region, formation of Self Help Groups, Farmer Producer Organisations, hand-holding them, providing training towards a good manufacturing process, and documentation in obtaining various certifications etc. A separate brand building and promotion scheme for teas from Assam and other North-Eastern regions has been envisaged.

ALSO READ: Tea gardens in Assam can diversify into other activities.