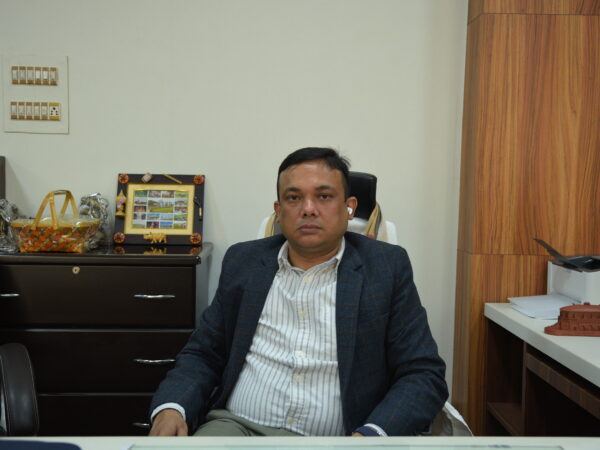 The Assam government has extended all incentives under its industrial policy to the tourism department to give impetus to the state’s tourism. It is also prioritising the growth of tea and river tourism. In an exclusive interview with Business-Northeast, Kumar Padmapani Bora, managing director of Assam Tourism Development Corporation (ATDC), talks about the initiatives in the pipeline, the government’s road map for tourism and how locals can benefit from an array of schemes and subsidies.

BNE: How will Assam’s industrial status benefit its people and its tourism segment?
MD: Given the industrial status of the tourist industry, we have announced around 12 units/areas where individuals can receive help through incentives offered under the Assam government’s industrial policy. However, all these incentives have been extended to the tourism department of the state.

BNE: How will the department’s industrial position affect developments?
MD: There are several factors that may be considered when analysing how the tourism industry is developing. An urgent need is for private investment. The primary goal of the state’s industrial status is to promote or reward private investments in a variety of industries, including hospitality that will have under it hotels, resorts, wellness centres, cafeterias and river tourism.
We want people to take advantage of and profit from the state policy’s incentives. We have also started putting the finishing touches on the structure that will allow consumers to take advantage of all the advantages and help we provide.

BNE: What programmes are now being run by Assam’s tourist department and how do the subsidies function?
MD: Industrial policy as a whole offers incredible benefits that will promote the growth of the tourism industry and its related industries.
The department offers other programmes to promote various industries, including homestays. The department’s capital infrastructure programme helps tea garden employees and creates 50 new tea gardens around Assam. It intends to promote tea tourism and turn it into a lucrative industry in Assam. Along with an upper limit of Rs 2 crore, the government would also donate 50% of capital aid to various tea gardens, with the remaining 50% coming from the proprietors of such gardens.
We are now working to develop at least 50 tea estates in Assam with an infrastructure development focus.

BNE: How will you describe the development under the tourism department?
MD: The COVID epidemic had a negative effect on the tourist sector as a whole. We are attempting to recover from the impacts the worldwide epidemic left behind. With the sharp rise in visitor arrivals, the sector has already begun to recover.
In the last one year, the tourism sector of Assam has seen tremendous growth. We will have more hospitality projects, partnerships with commercial companies with government holdings, in sites like Kaziranga and Manas in an effort to strengthen the tourist business.
The government has prioritised river tourism in addition to tea. It has approved the hip-hop ferry service that would link the five temples along the ghaats of the Brahmaputra.
Since several development initiatives are in the works, we anticipate a favourable reaction and increased global traffic.

BNE: What effect will the development initiatives have on the economy of Temple?
MD: The Brahmaputra Carnival, which is now taking place under the Assam tourism department, is getting fantastic feedback from the public. The government is not the only entity benefiting from high investment returns; the organisation is as well. The local booths at the carnival are generating three times as much money. The ongoing efforts to link the temples will directly contribute to its economic growth.

BNE: What additional plans does the department have to boost the sector?
MD: The Brahmaputra Carnival started out as an experiment. Daily footfall is increasing by three-four times These kinds of initiatives are necessary if we want to draw tourists to our area. The island, which contributes to the growth of river tourism, is the carnival’s USP. If we promote it in the right way, then definitely such initiatives will bring fruitful rewards.

BNE: What other industries are now in focus? And what steps is the department taking to increase the capital in these rural areas?
MD: The local government and department are pushing for the building of capital infrastructure that would bring in money from tourists. The area’s industrial position will also help the tourist industry grow. We are working to revive the homestay facilities in the state’s more rural areas.

BNE: What is the tourism destination’s progress rate at Deepor Beel?
MD: At Deepor Beel, we do have a plan for the growth of tourism. It will take some time for Deepor Beel, as a tourist destination, to advance to the development stage. However, the discussion is still ongoing.

BNE: Where do you envision Assam in the next five years? How long will it take to establish Assam as the country’s major tourism hub?
MD: Though Assam has the potential to become India’s main tourist centre, there are several considerations that must be taken into account. Assam is currently the second-most popular tourism destination. However, it will take an additional five years to rise to the top.