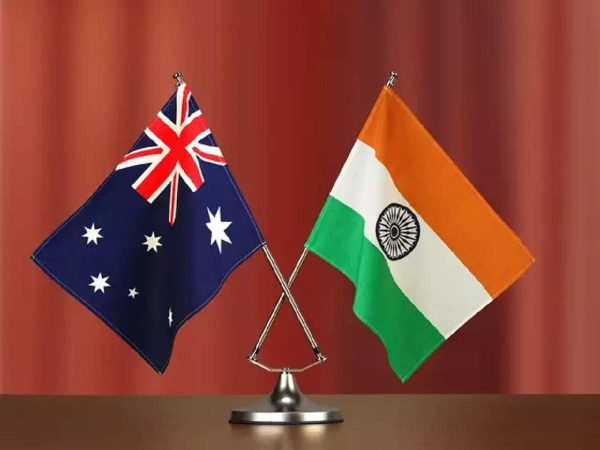 New Delhi: “Australia-India Business Champions Group’s role has become extremely important as it provides a platform for greater engagement between the policymakers of India and Australia. Both the nations stand united for sustainable recovery from the COVID-19 crisis and it is imperative to sustain the momentum for rebuilding as well as reconstructing the economy by focussing on enhancing the export potential.

As the government has embarked on the journey of transforming India into a global hub of supply chains and re-invigorating the economy we would like to partner with Australia, one of our key trading partners for seamless integration into the Global Value Chains (GVCs). He said that our focus would be to chart a course for ensuring effective usage of the huge entrepreneurial talent, developing a domestic market with a thriving private sector as well as skilled labour. The key goal must be to strengthen international supply chains, and fully capitalize on the currently favourable geopolitical phenomenon.”, mentioned Mr. Piyush Goyal, Hon’ble Minister of Commerce & Industry, Consumer Affairs, Food & Public Distribution, Textiles, Government of India while addressing the Inaugural Meeting of the Australia India Business Champions today.

The Minister who is co-chairing the Australia-India Business Champions Group stated that this forum will play a pivotal role in supporting the agenda of the Australia-India CEO Forum by highlighting the vibrant role being played by the business sector of both countries. He stated that while working as trusted partners, India and Australia must work towards enhancing the resilience of supply chains and greater engagement in the Indo- Pacific region.

Mr. Goyal commended that the bilateral relations have grown stronger post-COVID-19 as both the governments worked towards keeping the supply chains functional and the working style of services was re-engineered.

The Minister mentioned that a plethora of reform measures such as the operationalization of the National Single Window System are being undertaken for creating a conducive environment for the industry. He mentioned that the Business Champions of this group will play a major role in enhancing, deepening, and leveraging on the strong India-Australia ties.

“The Australia-India Business Champions Group’s key aim is to liberalize and deepen bilateral trade between both the nations and pave the way for collaborative economic growth,” stated Hon’ble Dan Tehan MP, Minister of Trade, Tourism and Investment, Government of Australia. He further stated that India has become an important and relevant partner for Australia’s economic strategy, especially in the areas of trade and investments. The India-Australia relationship continues to grow stronger underpinned by people-to-people ties, a shared past, and other multifaceted commonality including cultural and social factors, presenting further prospects for the partnership.

Addressing the session, Mr. Chandrajit Banerjee, Director General, CII, affirmed that CII is fully committed to the business engagement of India and Australia. Important areas such as mining, education, defense, space, and emerging sectors can be taken forward, he stated. He stressed that CII would complement and supplement the initiatives of the Business Champions group.

Ms. Jennifer Westacott AO, CEO, BCA highlighted that we must strengthen and reform regional and global institutions, so they deliver for our citizens.  She appreciated this forum as it offers the value proposition for the Business Champions to engage directly with the top tier of Australian and Indian Governments on matters critical to business.  Ms. Westacott stated that India and Australia are at an exciting juncture for building a shared future in the Indo-Pacific region.

The Inaugural Meeting of the Australia India Business Champions witnessed participants from across Industry, multilateral organizations, academia, and media, among others.