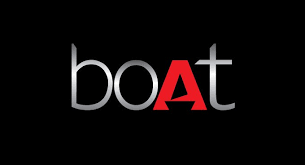 Consumer electronic startup boAt has been one of the leading sellers of wearables and audio accessories in India for the last couple of years. The company, which is also planning to launch its initial public offering at a valuation of over $1.4 billion, has been profitable and crossed Rs 1,500 crore revenue mark in FY21.

boAt registered a 2.2X surge in operating revenues which grew from Rs 700.44 crore in FY20 to Rs 1,511.7 crore in FY21, its annual financial statement with the MCA shows.

Wireless earphones and headphones formed the largest product line in terms of sales, accounting for 62.7% of its operating revenue during FY21. These sales grew by 2.5X to Rs 947.4 crore in FY21 from Rs 375.7 crore in FY20.

Comparatively, the year-on-year growth of wired earphones and other related accessories (including cables and chargers) was relatively timid, growing 30.4% and 19.3% respectively, during FY21.

The Mumbai-headquartered firm designs its products in India while its manufacturing and assembling take place in China. The expense of procuring its stock in trade is the single largest cost incurred by the company, accounting for nearly 73% of the annual expenditure.

The company had raised $100 million in a round led by Warburg Pincus at the start of Q4 FY21 with plans of shifting its manufacturing to India. The consumer electronics brand is looking to tap into the Indian government’s production-linked incentive(PLI) scheme.

The seven-year-old brand focuses on marketing its products heavily online and its advertising promotion cost was the second largest cost centre for the company, accounting for 10.3% of boAt’s annual expenses. These costs nearly tripled to Rs 147 crore during FY21 from Rs 51 crore in FY20.

With major operation functions such as production and after-sales outsourced, boAt operates with a lean team of employees with staff expenses accounting for a mere 1% of its annual costs. Employee benefit expenses grew by 125.7% YoY to Rs 14.31 crore (including director remuneration of around Rs 2 crore).

The Qualcomm-backed company also had a stock buyback during the fiscal ending in March 2021 which amounted to Rs 140 crore. Both co-founders Aman Gupta and Sameer Mehta were the biggest beneficiaries of this event, pocketing a little over 81% (i.e. Rs 113.6 crore or Rs 56.8 crore each) of the buyback amount.

boAt has demonstrated a robust financial performance in FY21 and became the first consumer electronic direct-to-consumer (D2C) startup to cross the Rs 1,500 crore revenue mark. Despite the pandemic, the company has been able to scale at a rapid clip with a 61% increase in its profit. Unlike most growth and late-stage companies, boAt has achieved this revenue at very little expense on employee’s salaries and other benefits — Rs 14.31 crore.

Kaleidofin, a new banking platform, has raised $10 million in its Series B round led by the Michael & Susan Dell Foundation. Oikocredit, Flourish Ventures, Omidyar Network, Blume Ventures, and Bharat Fund have also participated in the funding round.

The latest fundraise takes the total amount raised by the company to $18 million.

The Chennai-based startup will use the fresh capital in developing technology, risk management, and data science capabilities.

Founded in 2017 by Sucharita Mukherjee and Puneet Gupta, Kaleidofin offers products such as KaleidoGoals, a goal-based savings solution, KiScore, a supervised machine learning-based automated credit health checking platform for informal sectors, KaleidoCredit, credit as a platform service for lending and debt capital markets use cases and KaleidoPay, a suite of inclusive payment solutions.

Kaleidofin claims to have over one million active transacting customers across India. The company said that it has created a localized and accessible footprint across 230 districts and 14 states in semi-urban and rural India.

Previously, the company had raised about $5 million as a part of its Series A funding round in December 2019 from Flourish Ventures and Omidyar Network India.