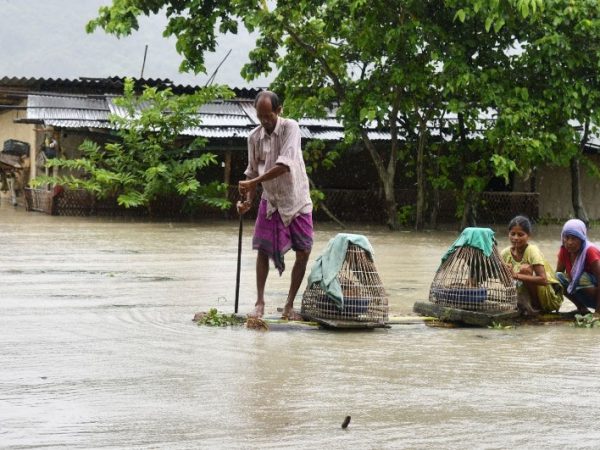 Guwahati: The devastating Assam flood is likely to impact the business of the micro-finance institutions (MFI) banks, which have a wider rural reach. Assam forms a sizeable chunk of business for many MFIs, which are in the business of microloan delivery in areas not covered by the formal banking system.

The sector has gone through rough weather for some time due to the rising bad loans during the pandemic time.
On top of that, the flood is adding to the woes of the microfinance banks.

Jefferies Brokerage, a firm specializing in financial consultancy, has said in a note to its investors, “The floods in Assam will have a near-term impact on Bandhan Bank’s business and collections. While Assam is prone to such events, our conversations suggest this could impact the MFI business for the next 3-4 weeks, as 40 percent of the state has been materially affected by floods,” Jefferies India said in a note to investors.

The stock of Bandhan Bank has been under pressure for the last seven sessions due to floods in Assam. It fell over 11 percent to hit a near three-month low on Monday and has lost 17 percent since June 9.

Assam forms nearly 6 percent of total loans of the Bandhan Bank. The flood situation in Assam deteriorated further with the death toll reaching to 81 and over 45 lakh people have been affected in 32 of the state’s 35 districts.