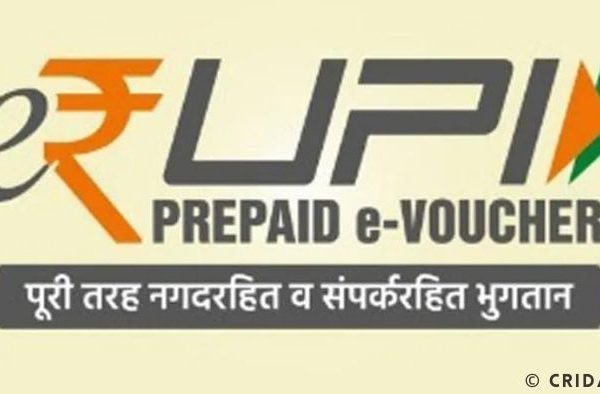 On Monday 2nd August 2021, Prime Minister Narendra Modi launched the digital payment solution e-RUPI, a person and purpose-specific cashless digital payment solution, during a video conference.
While speaking on the occasion, PM Modi stated that eRUPI voucher was a symbol of progressive India which connects people’s lives with technology, and also expressed his happiness over futuristic reform initiative that had come at a time when the country was celebrating the Amrit Mahotsav on the 75th anniversary of Independence.

Further, the PM of India added that any organization willing to help someone in their treatment, education, or anything else then they would be able to give an eRUPI voucher instead of cash, which would ensure that the money given by him was used for the work for which the amount had been given.

Currently, the technology in India is bringing in transparency and integrity in transactions and creating new opportunities, and making them available to the poor.
For reaching today’s unique product, the foundation was prepared over the years by creating the JAM system, which connected mobile and Aadhaar.
More than ₹17.50 lakh crore had been transferred directly to the accounts of people via the Direct Benefit Transfer (DBT), and 3,000 schemes are using DBT while 90 crore Indians are being benefited in some way or the other through areas like LPG, ration, medical treatment, scholarship, pension, and wage disbursal. Also, ₹1,35,000 crore had been directly transferred to farmers under the PM Kisan Samman Nidhi. A sum of ₹85,000 crores for government purchase of wheat was also disbursed in this manner. The biggest benefit of this all was that ₹1,78,000 crore was prevented from going to the wrong hands,” he remarked.

The digital transactions so far have empowered the poor and deprived, small businesses, farmers, and tribal population.