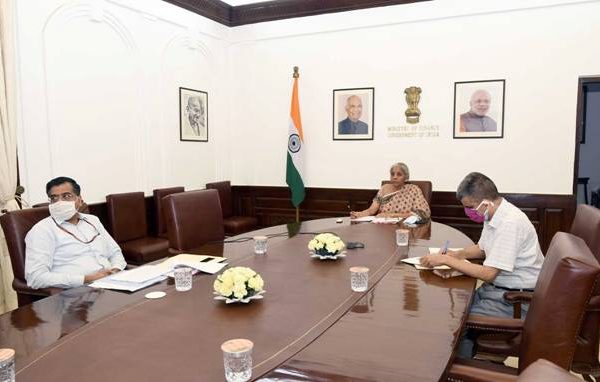 New Delhi: In a virtual conference held on 29 June Tuesday, Union Minister for Finance & Corporate Affairs Nirmala Sitharaman along with senior government officials of other ministries and departments discussed the infrastructure roadmap ahead. This review meeting for CAPEX and Infrastructure of Roadmaps was conducted by the ministries for the sixth time.

During the review meeting, Capital Expenditure (CAPEX) plans of Ministries and their CPSEs, the status of implementation of budget announcements, and measures to expedite infrastructure investment were discussed. While reviewing the CAPEX performance of the ministries and their CPSEs, Finance Minister emphasized that enhanced CAPEX will play a critical role in revitalizing the economy post-pandemic and encouraged the Ministries to front-load their capital expenditure and have requested for more targets to be aimed.