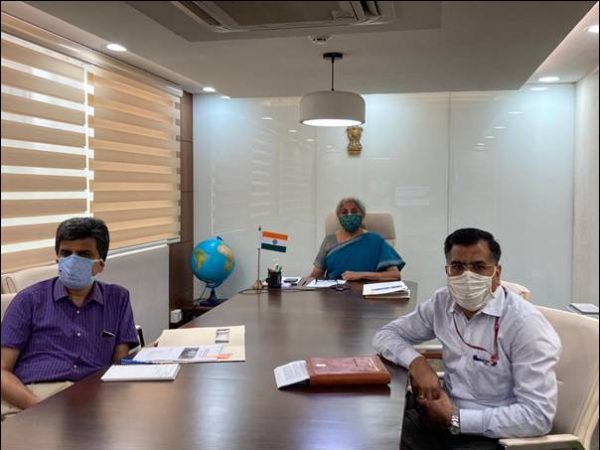 Finance Minister further emphasized the critical role played by an enhanced CAPEX in revitalizing the economy post-pandemic and encouraged the Ministries to front-load their capital expenditure and CPSEs right after it reviewed the performance of ministries.

The Budget for Financial Year 2021-22 provided a capital outlay of Rs. 5.54 lakh crore, a sharp increase of 34.5% over the Budget Estimate of 2020-21 and aims to achieve a high in CAPEX. Moreover, efforts of increased capital expenditure for the budget are commendable by Public Sector Enterprises, adds Sitharaman.

Important projects to bring benefits of high-level data connectivity to all parts of the country including Aspirational Districts from the DoT expedite, as asked by inter alia finance minister.
The MoRTH was asked to explore the possibility of connectivity development in hilly regions and to expedite the implementation of the Vehicle Scrapping Facility. Initiatives announced under the Atma Nirbhar Bharat Package (ANBP) were asked to ensure the regular achievements by the Department of Atomic Energy.

Furthermore, the finance minister requested the Secretaries of Ministries to push expenditure on larger important projects and ensure their achievement within the timeline. Concluding the meeting, Sitharaman had also asked the Ministries to take up regular reviews of sector-specific projects with the concerned State Governments for effective implementation of the same.