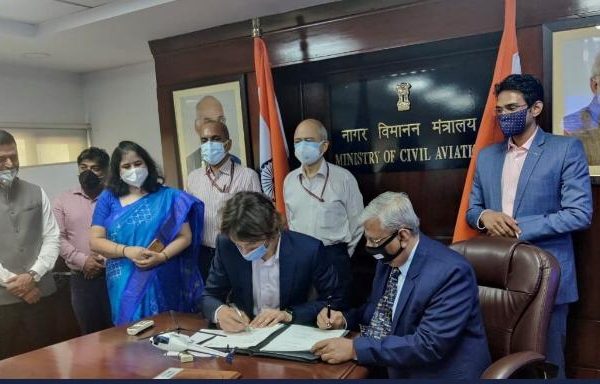 New Delhi: Vman Aviation on Wednesday signed a purchase agreement with Airbus Helicopters for one helicopter under the Centre’s Atmanirbhar Bharat Abhiyan, the Civil Aviation Ministry said on Wednesday.

Vman Aviation is the first company based out of Gujarat International Finance Tec (GIFT) city in Gandhinagar to sign an aircraft purchase order, the ministry’s statement noted.

No major aircraft leasing companies are based in India. The majority of the aircraft fleet with the Indian airlines have been leased from foreign companies such as Avolon, GECAS, BBAM, BOC Aviation, and Dubai Aerospace Enterprise Capital.

The government’s budget announcement about tax holidays was to attract leasing companies to establish an office in GIFT city so that the Indian airlines can do the rental payments in rupees instead of USD.

Congratulating the two companies, Kharola said, “The aircraft purchase signing is a landmark event in Indian aviation history. This agreement is the result of the efforts put in for the last 4-5 years to create a viable leasing and financing ecosystem in the country.”

“This is a new business segment coming to India and the government of India shall continue to provide all possible help to promote leasing activities in India under the Atmanirbhar Bharat Abhiyan,” he mentioned.