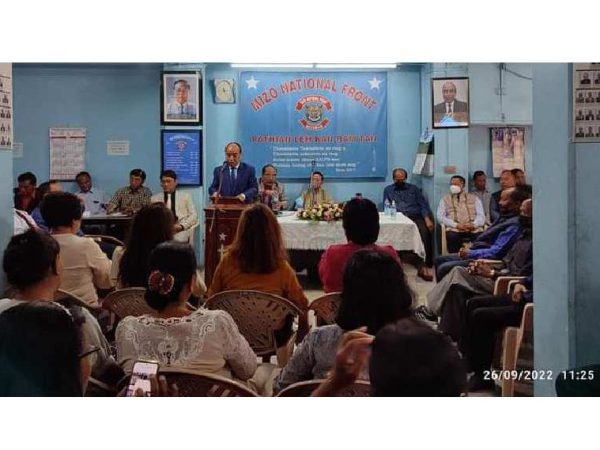 Mizoram to get Rs. 1,000 crore loan from ADB for health care.

Mizoram Chief Minister Zoramthanga on September 26, said the Government would receive a loan of Rs. 1,000 crores from the Asian Development Bank (ADB) for the implementation of the state health care scheme. He had recently met with Central leaders and officials of ADB in Delhi over the issue.

While addressing the party meeting at Hnam Run, Zoramthanga said, “Of the Rs. 1,000 crores, the Central government will repay Rs. 720 crores while Mizoram will repay only 28 percent of the loan amount.” He reported that some people are spreading lies to mislead the public over the proposed loan.

The Mizoram CM said that he had urged the Centre to hold peace talks with Myanmar. During his meeting with the Union Health Minister, Zoramthanga said, “I urged him that the Centre should take over the lone Zoram Medical College (ZMC) for the improvement of both the academic and infrastructure. The Union Minister assured me that he will take measures towards this end,” he said.

Zoramthanga said that the Union Home Minister Amit Shah would visit Mizoram in November to open Assam Rifles headquarters at Zokhawsang about 15 km from Aizawl. He further said that he met the Union Human Resource Development Minister, who assured him to take measures for the establishment of the southern campus of Mizoram University in Lunglei.