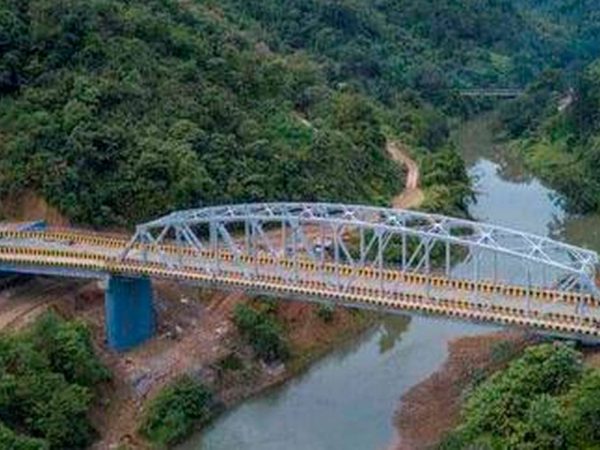 Imphal: 16 National Highway Projects in Manipur was inaugurated by Nitin Gadkari, the Union Minister for Road Transport and Highways at the City Convention Centre Imphal.

The 16 National Highway Projects cover a total land of area length, 298 km with a capital investment of Rs. 4,148 crores.

Gadkari has urged the state government to cooperate and expedite the works by resolving any issues in land acquisition and environment clearance.

India had recently, incurred a large number of expenses in importing petroleum products and has asked the government to work ok diversification of agriculture into the energy and power sectors and also announced the establishment of a Model Inspection and Certification Centre in the state with the state-of-the-art equipment to test the fitness of vehicles.

The inauguration of Makru Bridge is a milestone in enabling seamless movement of goods and services, followed by completion of the Baram Bridge construction before December 2021.

Later, a newly constructed 855 meter-long bridge was constructed over the Makru River along with the 220-km-long Imphal-Jiribam sector of the NH-37 with a cost of Rs. 62 crore.