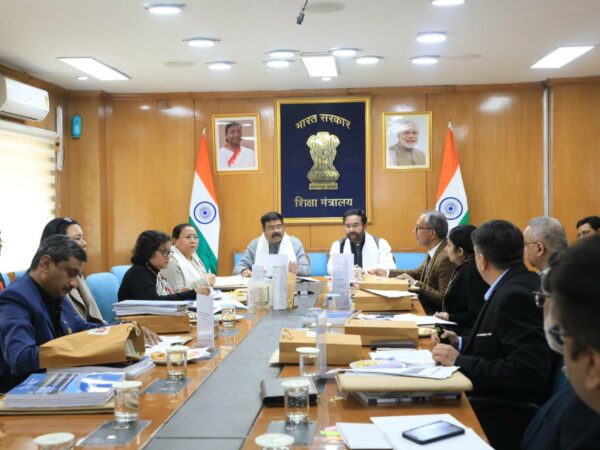 New Delhi: Union Education and Skill Development, & Entrepreneurship Minister Dharmendra Pradhan has asked North Eastern states to submit a detailed roadmap for the skilling of 1 lakh youth in the region.

He said this while chairing the General Body Meeting of the Indian Institute of Entrepreneurship, Guwahati along with Union Minister for Culture, Tourism, and Development of North Eastern Region (DoNER), G. Kishan Reddy.

Nemcha Kipgen, Cabinet Minister, Government of Manipur, and Officials of Skill Ministry and Ministry of Development of North Eastern Region attended the meeting. The meeting was held on January 19 in New Delhi.
While addressing the meeting, Mr. Pradhan said that North Eastern Region (NER) is a land of unlimited opportunities and creativity. The Minister has called for a detailed roadmap for skilling 1 lakh+ youth of the region in the next year with focus on emerging areas and nurturing them as entrepreneurs.

He further said that IIE is working towards entrepreneurship development and capacity building with a focus on the NER .
Mr. Pradhan added that making skilling aspirational and futuristic and leveraging entrepreneurship as a vehicle of socio-economic change can usher in a new era of development in the northeastern region.