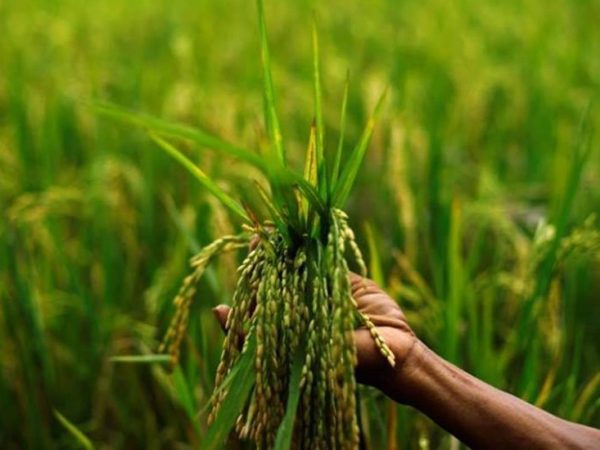 Rural demand is expected to get around Rs 11,000-crore boost from the record Kharif harvest along with the marginal hike in minimum support price, according to a report by Care Ratings NSE -0.63%. The agriculture ministry projects a good crop in the first advance estimates for the Kharif season at over 150 million tonnes. Along with that, the government had also earlier increased the minimum support price (MSP) of all Kharif crops by 1-5 percent with tur, urad, groundnut, jowar, and bajra getting the upper end of these new prices. The normal monsoons will also aid the farmers.

The agriculture ministry on Tuesday released the first advance estimates of production of major Kharif crops for 2021-22 with the total food grain production estimated to reach a new high of 150.50 million tonnes (mt).

The advance estimates show that while the overall production of crops would be higher this year, there would be shortfalls in some of them like oilseeds, cotton, and some of the coarse cereals whose area under cultivation shrank.

In a note, CARE Ratings Chief Economist Madan Sabnavis on Friday said the net disposable income for farmers this season is expected to be higher by Rs 10,700 crore, up 5.3 percent due to both higher production as well as higher prices.

To gauge the pattern of spending of rural households, the weights in the retail inflation or CPI could be taken as proxies. These weights are similar to the NSS Survey undertaken for 2011-12, which is also the base year used by the CSO for calculating CPI, wherein rural households averaged so far at 7.5 percent.

Accordingly, food and beverages have the maximum weight at 54.2 percent, cereals (12.4 percent), milk (7.7 percent), clothing, and footwear (7.4 percent). fuel and lighting (7.9 percent), miscellaneous items commanding 27.3 percent, and healthcare a 6.8 percent, among others.

Hence, the increase of net disposable income of farmers from the Kharif output of around Rs 10,700 crore may be impacted by savings (can be 20 percent of incremental income) and inflation of 5-10 percent for non-food products, the note said. I

It added the additional income of Rs 10,700 crore can be distributed across savings and consumption with healthcare being an area of focus.