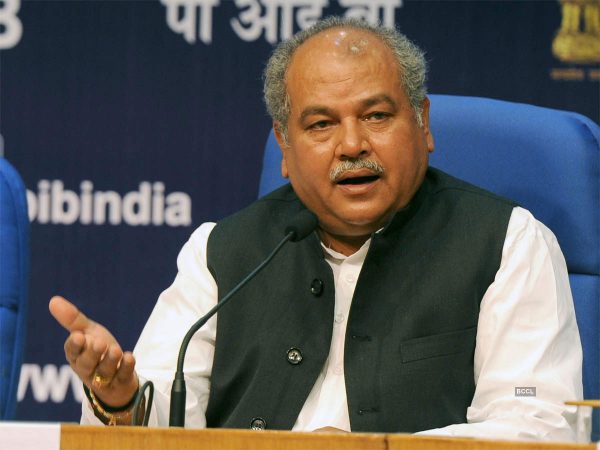 New Delhi :The government of India opened an NHBC centre in the state of Madhya Pradesh with a motive to carry forward the activities and programmes of the National Horticulture Board, Ministry of Agriculture and Farmers Welfare. This initiative will benefit 21 districts of Northern Madhya Pradesh by boosting horticulture in the region. NHB, which is mandated for integrated development of hi-tech commercial horticulture and post-harvest management/cold chain infrastructure in the country, has centres/offices at various locations of the country and at least one centre is there almost in each state for implementation, monitoring and coordination of its various Schemes and activities. Some of the bigger states like UP and Maharashtra have more than one centre due to their geography and higher quantum of work. Madhya Pradesh is rapidly diversifying into the horticulture sector for the last few years. Being the second-largest state in the country it is the third-largest producer of vegetables and 5th largest producer of Fruits. At the event Sh. Tomar said, “The horticulture segment has become the sunrise sector for MP. Gwalior Division of Madhya Pradesh is geographically located in Northern part of the State. Gwalior and Chambal divisions correspond to the Gird region of Madhya Pradesh.”Having the huge potential of horticulture in the State of Madhya Pradesh, the new Centre of National Horticulture Board will significantly help in boosting the development of horticulture in this region.

With the opening of a new Centre of NHB at Gwalior, farmers of not only in the Gwalior Division but also from 21 districts of Northern Madhya Pradesh including the Grid region of Gwalior and Chambal will be benefited under the Schemes of the National Horticulture Board. Adding to that, the agriculture minister also said, “As of now National Horticulture Board had only one Centre in Madhya Pradesh at Bhopal. However, keeping in view the huge geographical area of the State and physical distances of several districts and areas from Bhopal, farmers usually find it very difficult to avail the benefits of the schemes of NHB and technical guidance with respect to the latest development in the horticulture sector.” Madhya Pradesh Food Processing Minister (Independent Charge) Sh. Bharat Singh Kushwaha and Gwalior MP, Sh. Vivek Narayan Shejwalkar thanked the union agriculture minister for opening the NHB centre in the Gwalior region.