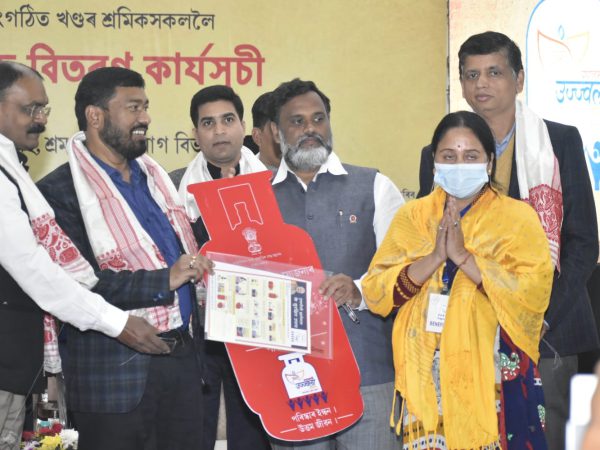 Assam: In the initiative of Tinsukia District Administration, Labour and Welfare Department, and Oil Marketing Companies, distribution of free LPG connections to the women beneficiaries covered under Ujjwala 2.0 scheme of the Government of India and to unorganized sector workers under the Ministry of Government of India.

Hon’ble Minister of The Government of Assam Shri Sanjoy Kishan was impressed to be the chief guest in the registration and distribution programme of the e-Labour Identity Card.