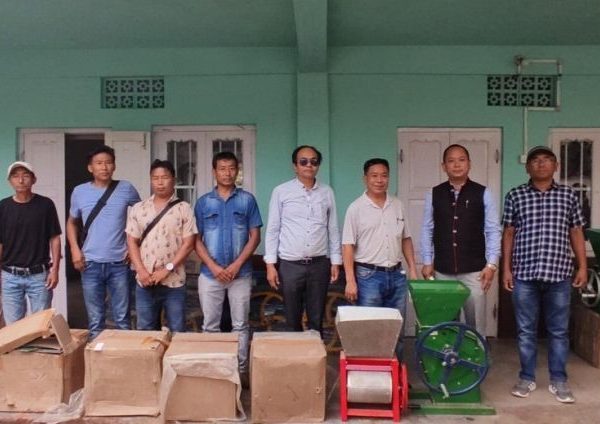 Nagaland: On August 6, the much-anticipated locally manufactured coffee bar opened in the District Project Office of the Department of Land Resources in Zunheboto. As a special guest, Deputy Commissioner Zunheboto, Peter Lichamo, graced the inaugural programme of the coffee bar and the distribution of coffee Pulper machines.

According to a DIPR report, the DC claims that the district has many farmers who cultivate coffee and that it can produce high-quality coffee that can compete with the best in the world. Lichamo praised the Department of Land Resources for taking the initiative and providing the recipients with coffee pulper machines. He also mentioned that a local coffee shop will be opening shortly in the major market area.

Vikugha Kiba, the Zunheboto District Land Resources Officer, remembered how coffee production was introduced to the district in 2017 in 65 villages and expressed his delight that local coffee production had now made its way to foreign markets.

Farmers in Zunheboto district do not engage in any type of economic return agriculture, he claims, but if they do, the economy would change, providing self-employment and livelihood for youngsters who can earn enough from coffee production.